Owners of new computers, as well as users updating the BIOS of their laptops and computers, may have noticed that manufacturers have a tendency to disable undervolting. 10th Gen processors ship with undervolting disabled by default. To enable it, you need to find the appropriate setting in the depths of the BIOS.

If you have previous generations of central processors and after updating the BIOS, you notice that the undervolting has stopped working, then the matter is in this update.

And not everyone is lucky: sometimes manufacturers block the possibility of undervolting and do not offer any options to re-enable it. The only option in such a situation is to rollback BIOS to the previous version.

And now, in Intel 11th generation processors, undervolting is completely disabled, at the hardware level. There is no other way to turn it on.

How dangerous is a Plundervolt attack? All of the following conditions must be met:

1. Physical access (!) to a computer with an Intel processor

3. 3. Sophisticated software that drastically (-200-300mV range) lowering the voltage in a bizarre way causes malfunctions in calculations and access to the SGX…

4. This vulnerability is only possible on Intel Software Guard Extensions (SGX). Do you know what this is? I do not know either. This is something complex and very rarely (never?) used by regular users. 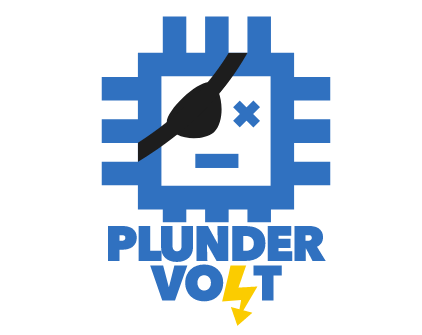 You may ask, why does this attack even need undervolting if you already have physical access and already have root rights? After all, even using one of these, you can get full access over the computer and do anything with it. The only reason people talk about this vulnerability is the possibility of an attack on SGX. But the site itself says:

That is the attack does not apply to your computer.

The question is, how reliable are attacks with a strong decrease in voltage in general, if the computer in such cases prefers to simply freeze or go into a reboot?

Why for an attack that is impossible in real conditions and is not exploited by anyone due to the fact that it is pointless/impossible to exploit, it was necessary to completely block the possibility of undervolting? Why not give the “risky guys” an opportunity to turn on undervolting if they are willing to accept non-existent risk?

All these unanswered questions suggest that Intel wants users to buy more expensive processors if they lack the power or TDP.

First of all, owners of laptops, especially ultrabook models, will lose from the prohibition of undervolting. It is difficult to provide good cooling in them and undervolting was the Holy Grail for them. Especially unpleasant for the owner of powerful (gaming) laptops.

Undervolting allows you to use central processors more efficiently, thanks to it they overheat less, consume less energy, keep high frequencies longer (throttling happens less often), and more productive generally. It is a pity that 11th generation Intel processors are deprived of all this due to some phantom danger.

Moreover, it is written on the Plundervolt site, Intel has already released a patch that eliminates this vulnerability.