I live in Thailand, but my freelance clients pay me with the payment systems that are popular abroad. Hence the task of transferring money from my national currency to Thai baht exists and is important for me. For this reason, I have long been looking for the most cheap way to transfer money abroad, particularly to Thailand.

The easiest way, which is simple as a pie, is to go to an ATM and withdraw cash. It is convenient, simple, no bank accounts or anything else is needed. For a minute, you can get Thai baht. There are commissions of an ATM and (usually) a national bank. If you come for 1 month on vacation and you need to withdraw cash once or twice, then you can put up with the commission.

Another option in which you do not need to pay a commission to an ATM is to buy in Thai stores using your national bank card. In large shopping malls (Big C, Tesco Lotus), as well as in small popular stores (7-11), they will not charge you any fees, but they can refuse to accept your payment with a card if the purchase amount is less than 300 baht. If the amount of your purchase is 300 baht or more, then you can easily pay.

But when you try to pay for expensive things: buying gold, a motorcycle, paying for school, for paying with a card a commission is charged – up to 3%. In fact, this is a fee for bank acquiring – that is, this is the commission that the bank takes for itself for providing the card payment service. Why is there no charge for bank acquiring at Tesco Lotus, 7-11 and other stores? It is! Just the store itself pays for it at its own expense. And to be more precise – this percent is included in the price of the goods.

But if you have a similar situation with mine – you regularly need to withdraw dollars or euro to baht, and the amount is more than what you can spend on food, it becomes a pity to pay a permanent commission to an ATM.

As I said, I repeatedly asked myself this question and experimented. My last most profitable option: sending via Western Union to your account in a Thai bank. This option allows you to not pay a commission of 300 baht. Convenient for small amounts.

But now I have found an even more chip way to send money to Thailand!

The problem with Western Union is that although there are no explicit commissions, a hidden commission is embedded in the exchange rate. And when I needed to transfer a large amount of money (55,000 rubles) to buy a motorcycle in Thailand, I compared the currency conversion rate to Western Union and the rate to PaySend. It turned out that when sending via PaySend I will receive 800 baht more from this amount – meaningful sum of money.

I have already made a transfer of PaySend from a Russian card to a Thai card, and the Thai bank took a commission of 300 baht for incoming money from abroad. This time I thought that even with this commission I would still save 800-300 = 500 baht.

Without much hope, I tried to transfer all 55,000 at a time. The fact is that Sberbank (a bank in Russia) in such operations (cash withdrawal at ATMs, sending money abroad) does not allow to specify the amount of more than 30,000 rubles (although such operations can be done several in one day). In general, my 55,000 rubles did not go. I thought that even if I split the payment into two, and even if I paid a commission of 2 * 300, it turns out that, compared with Western Union, I will save 800-600 = 200 baht. Well, just for a beer to celebrate the purchase of a motorcycle – why not?

I have already made a transfer from a Russian card to a Thai card through PaySend – they come instantly. But now I decided to make a transfer to an account in a Thai bank – first of all, for the sake of experiment, to see how and what is happening.

Another plus of transferring money to a bank account (and not to a card) is that PaySend does not charge any fee for it.

The money came a little less than 24 hours later, but the most important thing I learned was that the Thai bank did NOT take a commission for such a transfer – for a transfer coming from abroad. That is, compared with Western Union, which I considered the cheapest option, I saved 800 baht!

To avoid misunderstandings, I emphasize that I sent the money via PaySend to a BANK ACCOUNT (and not to the card number) of the Thai bank Krungsri.

And now just proofs, so you can see it too. 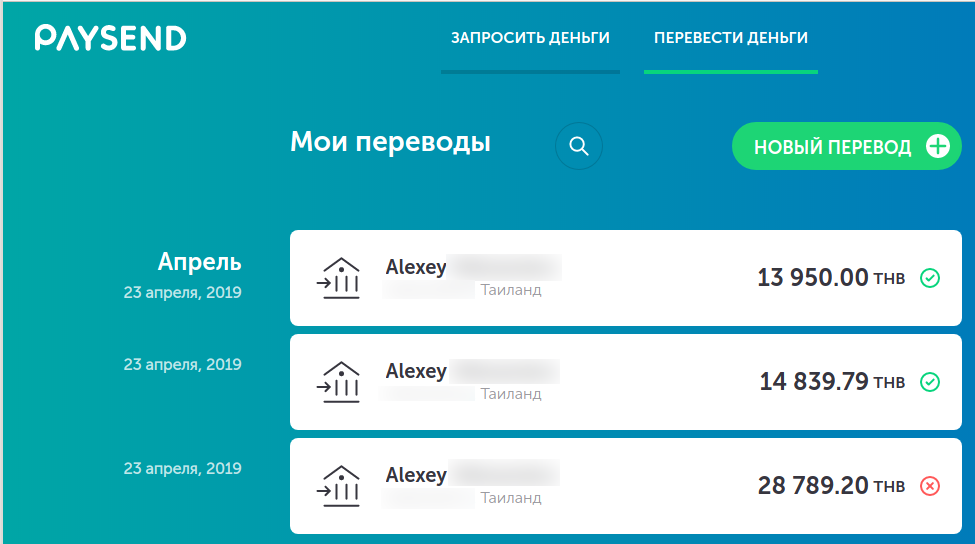 The following picture is a screenshot of SMS from the bank Krungsri: 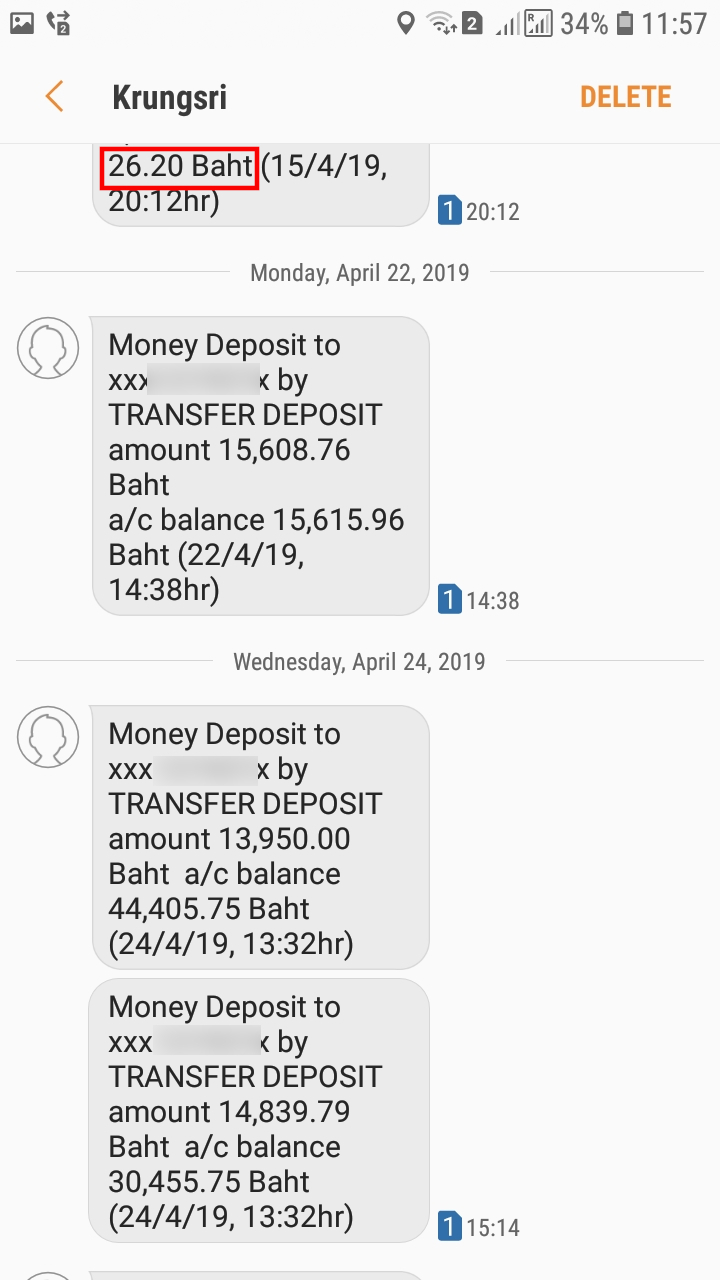 At the top you can see that the balance was 26.20 baht. Then came the transfer to 15,608.76 baht - this transfer is not related to this topic, I show this only so that you can see what the original balance was in the account.

And here we are comprehended by FEIL! Sums do not converge! It is evident that they did not charge a commission of 300 baht, but the amounts are not equal – this is impossible in banking. It should be 44,424.75, and in fact 44,405.75. That is somewhere I lost 19 baht. The amount is insignificant, but this fact may raise questions about the reliability of my proofs. This situation has somewhat discouraged me and I looked into the Krungsri banking application to check the history of operations: 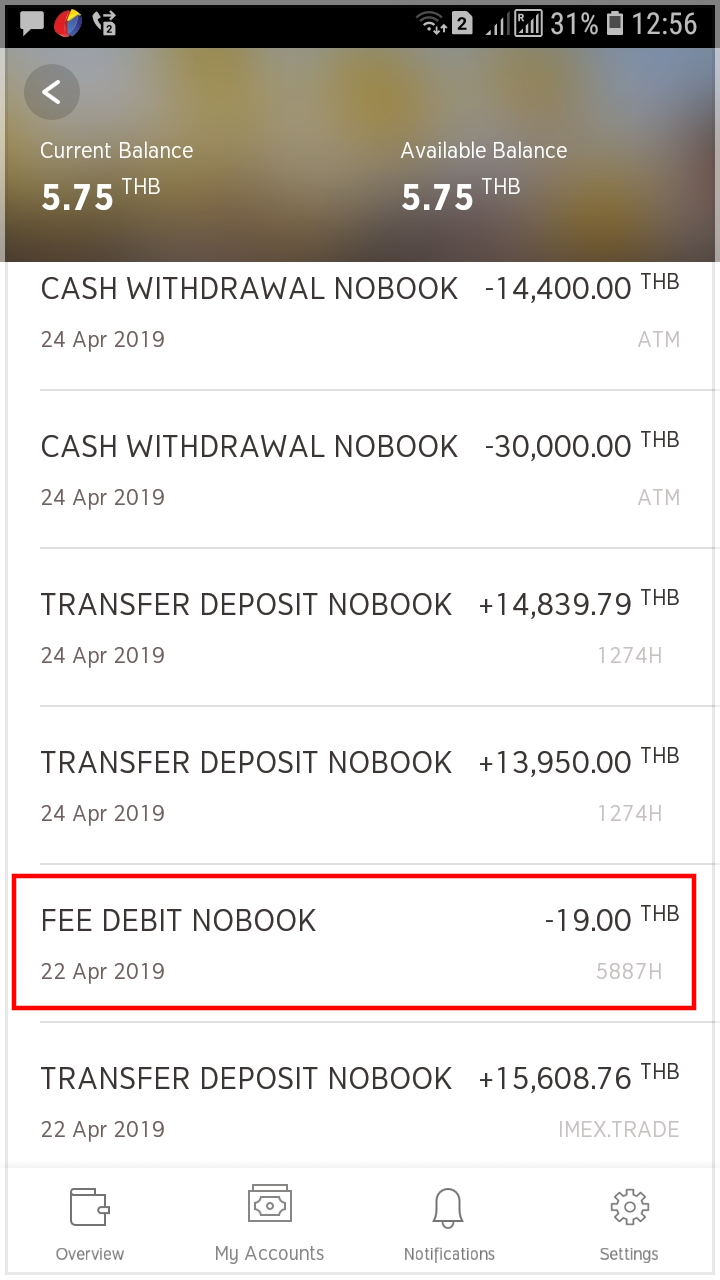 And the problem was immediately resolved – it turns out that 19 baht was charged for using SMS notification.

I think you have already seen the sequel, this is also the sequel in SMS: 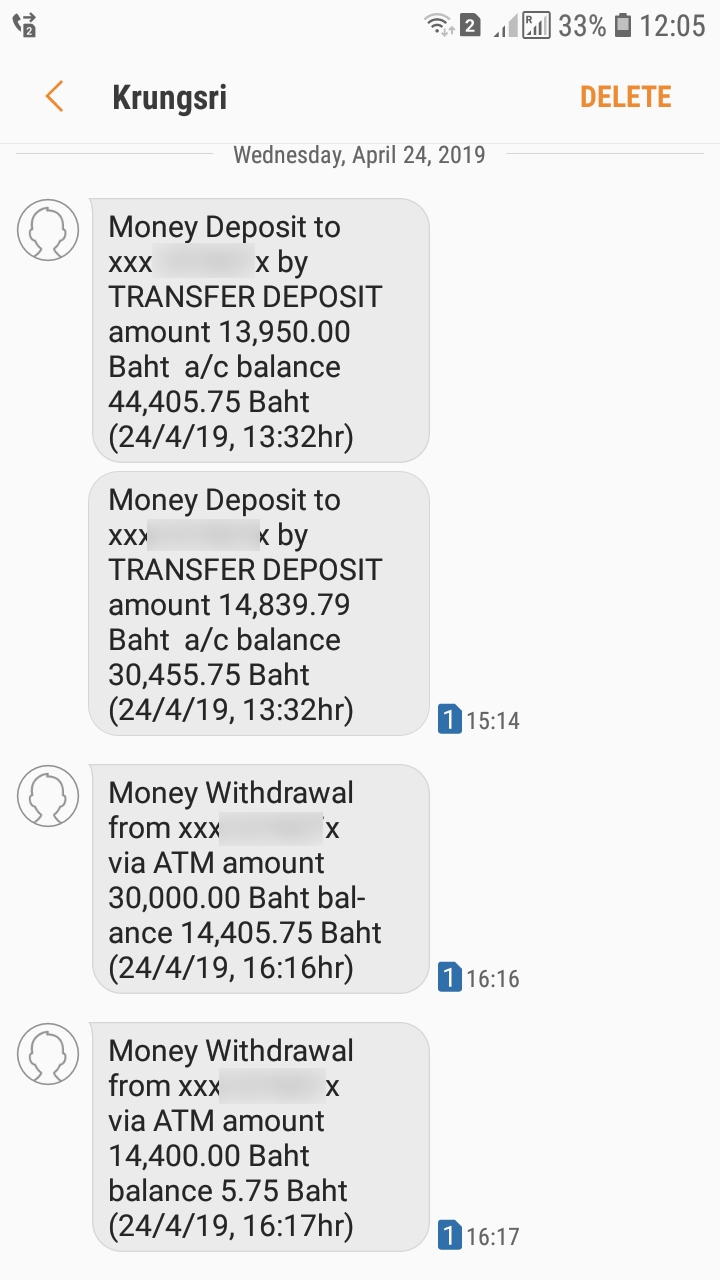 The bottom line is that I took the money from an ATM and went to buy a motorcycle. Just in case, if you decide to rob me – the money has already been spent on a motorcycle, I don’t have it anymore.

Transfers via PaySend to bank details are made without a commission, but just in case, when registering with PaySend, enter the promotional code is 0d8425. Thanks to it, the first international transfer to a card will also be free of charge for you.