After a sudden power outage, unsuccessful update or adding a new disk to /etc/fstab, you may face the problem that your system does not boot, or rather, boots into the console or into a black screen. Sometimes the problem is compounded by the fact that the system administrator cannot even get into the emergency console. Let's see how to solve the following error: 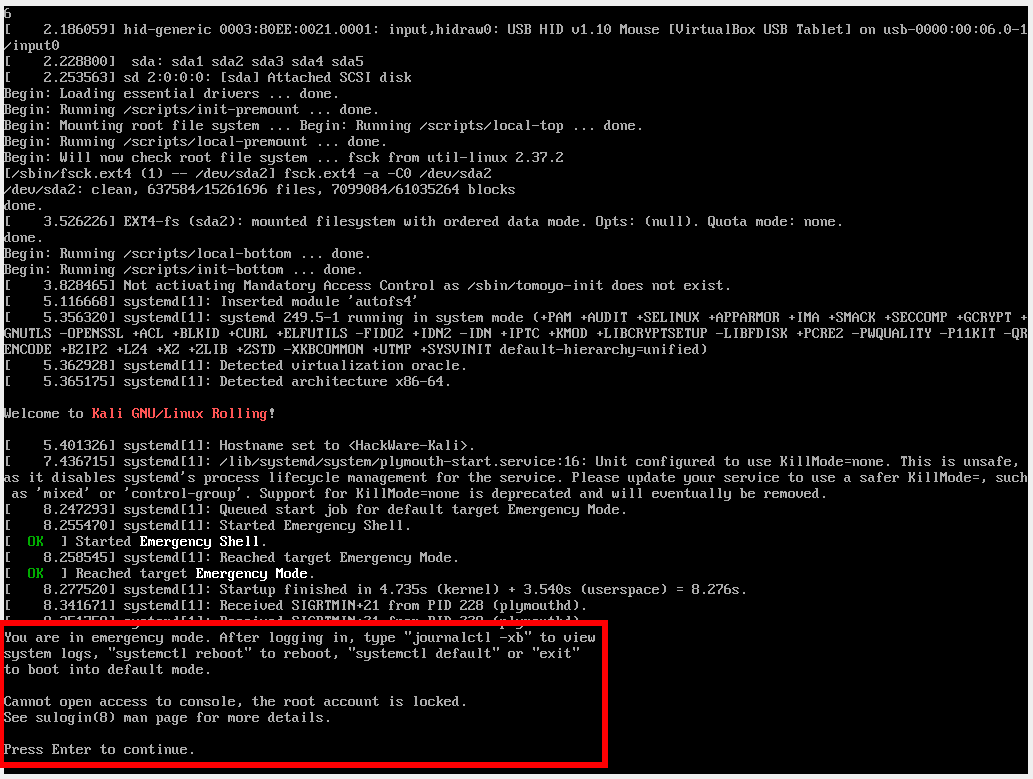 After pressing Enter, everything can be repeated.

This message states that the system booted in emergency mode. In fact, this is not so bad – sometimes a system administrator can deliberately boot into emergency mode to restore the OS.

How to unlock the root user in emergency mode

Nevertheless, there is a way out of this situation. Start by booting into single user mode – this is the same mode used to reset the Linux password. Below is a generalized instruction, if something does not work out for you, then separate instructions for different distributions for booting into single-user mode can be found here.

Stop the booting by holding down the SHIFT key while starting the computer, you will see: 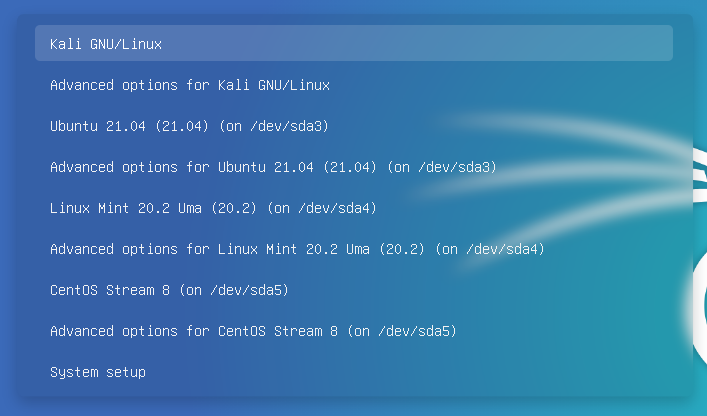 Press the “e” key and you will proceed to editing the boot settings:

Find the line starting with “linux”. 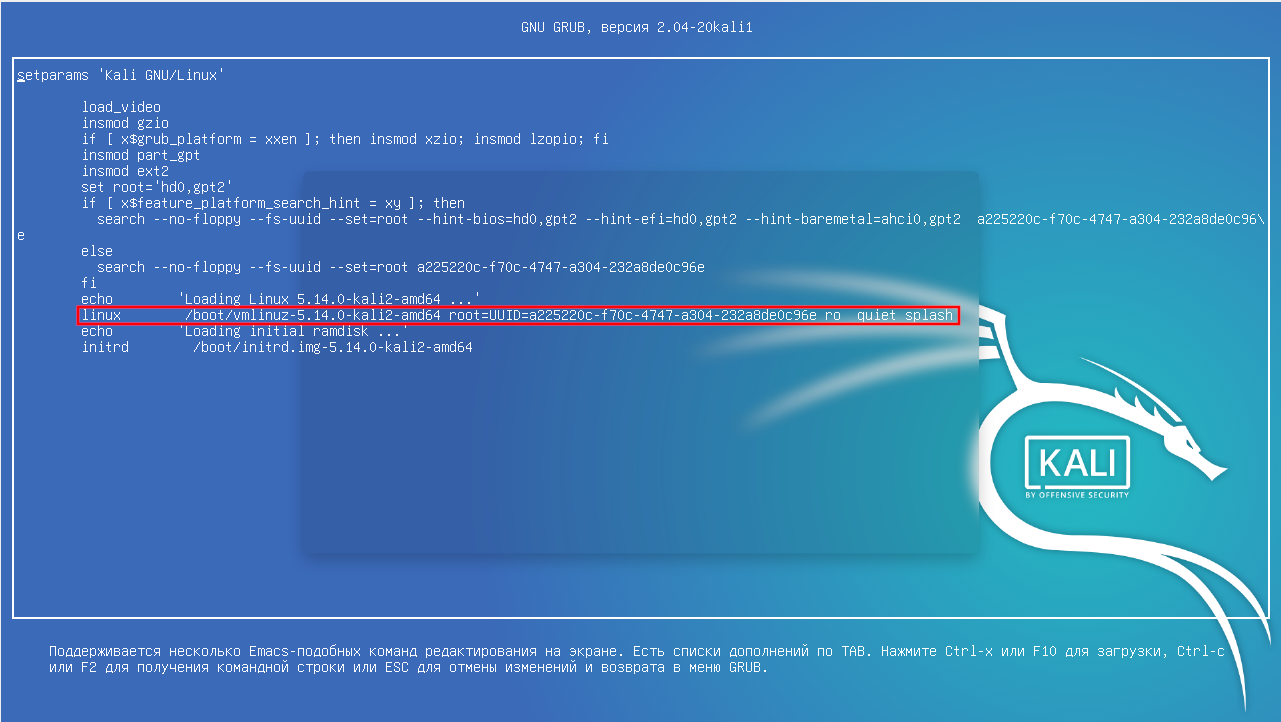 Go to the end of this line, insert a space, and add:

It should look something like this (the kernel number may differ): 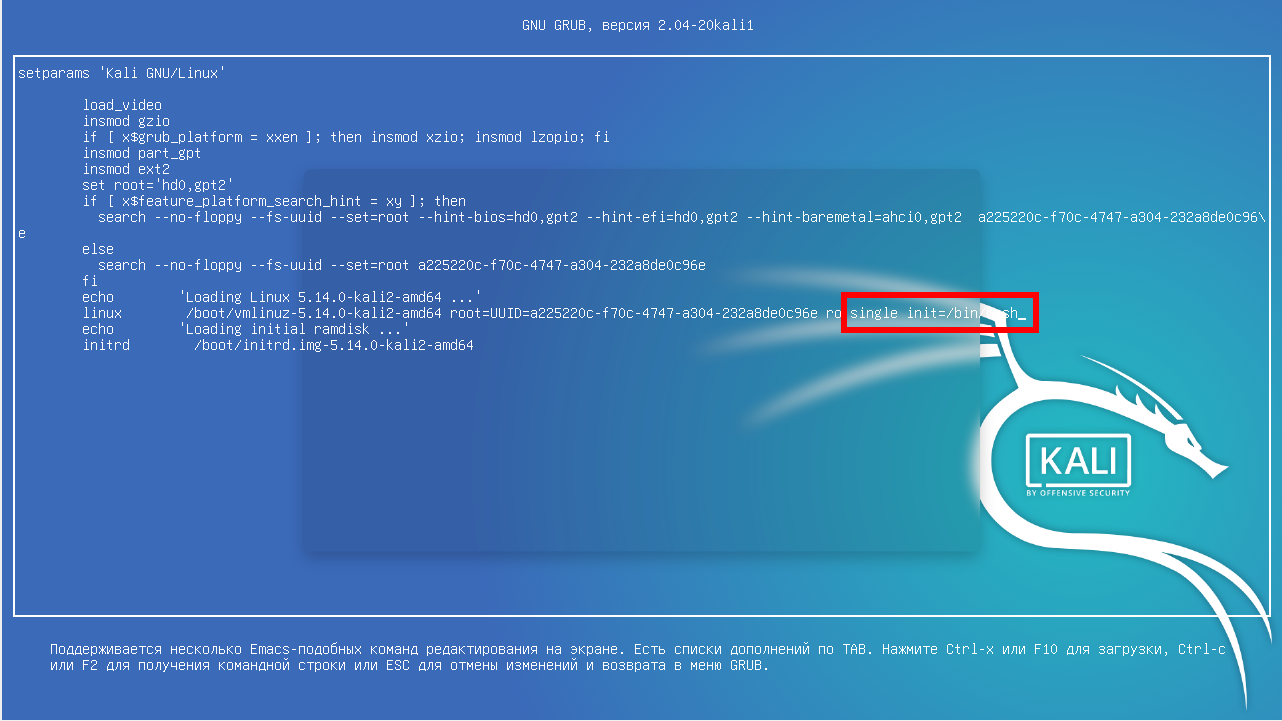 When everything is ready, press Ctrl+x or F10 to continue the booting with the set options.

You will see a shell prompt, also note that we are logged in as root i.e. we have elevated privileges, including the use of the passwd command:

If the passwd command fails:

the filesystem is most likely mounted read-only. To verify this, enter the command:

The “ro” indicate that the filesystem is mounted read-only and therefore the changes made cannot be saved. Remount the file system:

If the root user is locked, then this may not be enough. Check which shell is set for root:

If “/usr/sbin/nologin” is specified as the shell for root, run one of the following commands.

See also: How to change the login shell in Linux. chsh instruction

To turn off your computer run:

If after the reboot you see “Give root password for maintenance”, then this means that the first stage of recovery was successful – we activated the root user and can now start restoring the system. 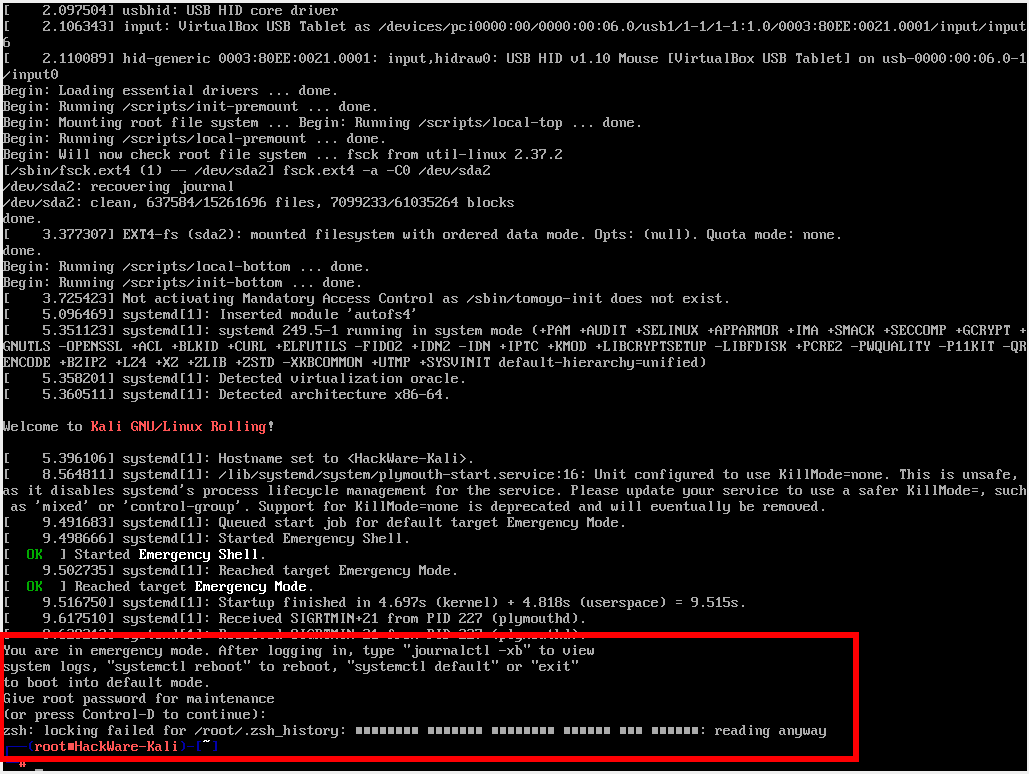 How to recover a computer in emergency mode

Now we have the opportunity to restore the system. If you have no idea what exactly caused the error, then run the command

and try to find the cause of the problem there.

If you think the error is caused by hard disk problems, then use the following commands to check the partitions:

Partition number and disk name may differ from “sda2”, to find out the exact name, use the command

If the system does not boot due to an interrupted update, then try the following commands:

If you think that the problem was caused by an unsuccessful update of a specific package, then use a command like this:

This command will reconfigure an already installed package.

For example, the following command will re-configure the Linux kernel:

System does not boot due to incorrect entry in /etc/fstab

In the event of an unsuccessful mount (this can happen if you made an incorrect entry in the /etc/fstab file, the system will not be able to boot, it will go into emergency mode and the following message will be displayed:

To fix the problem, enter the root password and open the /etc/fstab file for editing:

Comment out or delete the problematic line. Save the file (Ctrl+o), close it (Ctrl+x) and reboot:

View more posts from this author
« PowerShell with administrator rights: how to run and verify
Do I need to restart the server after updating the Linux kernel (SOLVED) »