Internet via Bluetooth in Linux: how to set up and why the speed is slow

Internet via Bluetooth is one of the options for using a mobile phone to access the Internet from a computer. Looking ahead, we note that this is not the best option because:

1) the connection speed will be quite slow,

2) the setup, although generally simple, is slightly more complicated than other connection options

As alternative methods for accessing the Internet from a computer via a mobile phone, the following are recommended:

If your computer does not have Wi-Fi and you do not have a USB data cable for connecting your phone by wire, then the method described in this article is suitable for you – accessing the Internet via the mobile phone's Bluetooth tethering.

The connection algorithm is as follows:

So, let's look at how to connect a computer to the Internet through Bluetooth and your mobile phone in Linux.

Checking and starting the Bluetooth service

Connecting a mobile phone to a computer via Bluetooth is called pairing.

Check if the Bluetooth service is running on your computer – to do this, connect your Bluetooth device (if it is disconnected) and look for the Bluetooth icon next to the clock:

The Bluetooth service status can be checked on the command line: 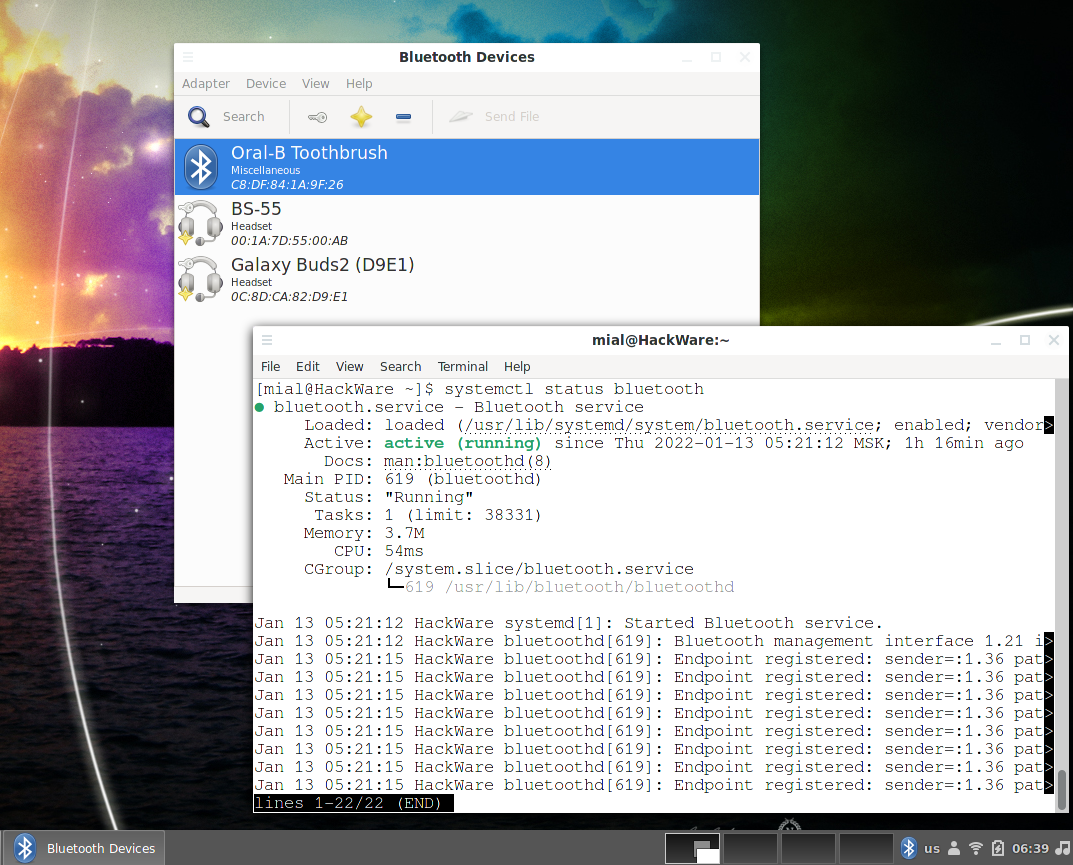 The following commands are the same for all distributions.

Adding it to startup:

Connecting a mobile phone to a computer via Bluetooth (phone pairing)

Turn on Bluetooth on your mobile phone.

Both a mobile phone and a computer can initiate pairing.

On your mobile phone or computer, search for Bluetooth devices. 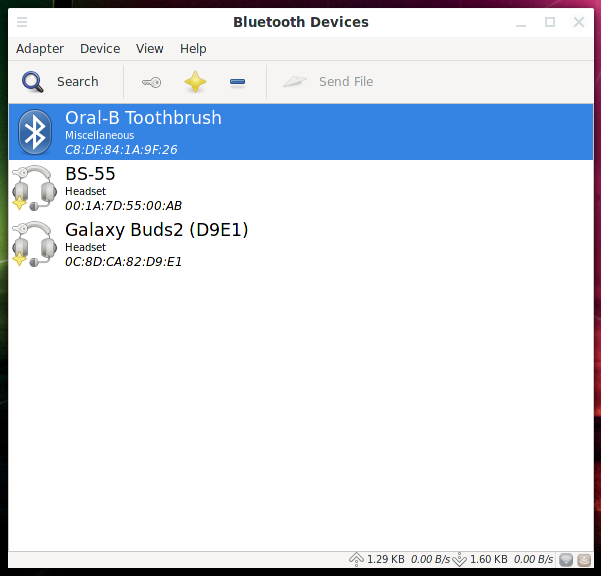 If the devices do not see each other, then start searching for devices at the same time on the computer and mobile phone.

When the desired device is found, click on it to start pairing. 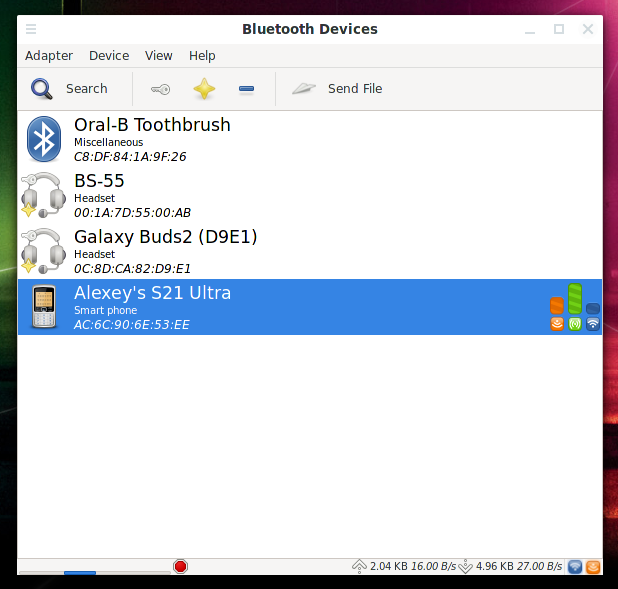 A prompt will appear on your mobile phone to establish pairing – agree to this proposal.

After that, on the computer it will be proposed to pair with the phone – agree (“Confirm”). If you are prompted to connect by someone else's device, then reject the request (“Deny”).

Immediately after pairing, or at the next connection, an authentication request will be made – the options are “Always accept” and “Accept”. The “Deny” button means rejecting the request.

After pairing, and also if you have selected the “Always accept authentication” option, the devices will connect to each other automatically as soon as Bluetooth is enabled on them.

Turning on the Bluetooth tethering

Go to the settings of your phone, this can be done by unrolling the curtain from top to bottom and clicking the gear icon.

Further, the name of the settings items may differ on different phone models, but the essence will be the same everywhere.

Go to the “Connections” section.

Find the item “Mobile Hotspot and Tethering” there.

Connect to a Bluetooth tethering on a computer

Your computer's network settings should now show an option for Bluetooth, Mobile broadband, or similar. 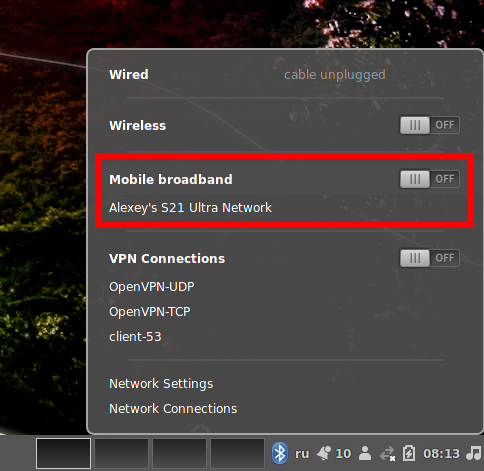 Activate this connection so that the computer starts using the Internet via Bluetooth. 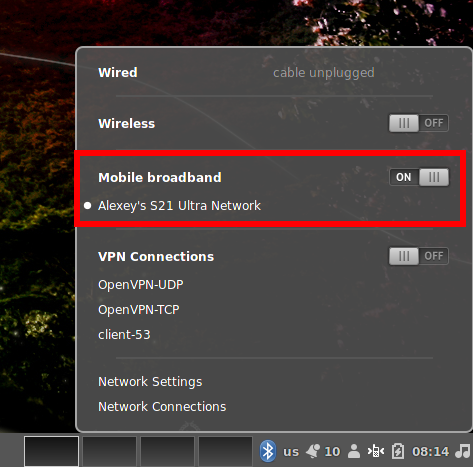 Why is the Internet speed slow over Bluetooth

This is 210-220 kilobytes per second, if these units are more familiar to you. This is very slow, and on Bluetooth versions 4.* the speed is only 800 kilobits per second, that is, 2 times slower.

See also: How to find out the Bluetooth version for the adapter and peripherals in Linux