If the links do not open, then go to http://ftp.crifo.org/mint-cd/testing/ and select the version you need.

The LMDE project is ongoing. LMDE stands for Linux Mint Debian Edition and is about creating a distribution that is almost identical to Linux Mint but based on Debian and not Ubuntu. This is an interesting exercise because it forces the developers of Linux Mint to test the compatibility of a software stack written specifically for Linux Mint with Debian and shows how much of it is specific to Ubuntu and how much is generic to Debian.

The Ubuntu distribution has many of its own developments and is quite different from Debian. And not all features of Ubuntu users perceive positively. Many users like classic Debian without the forced services. 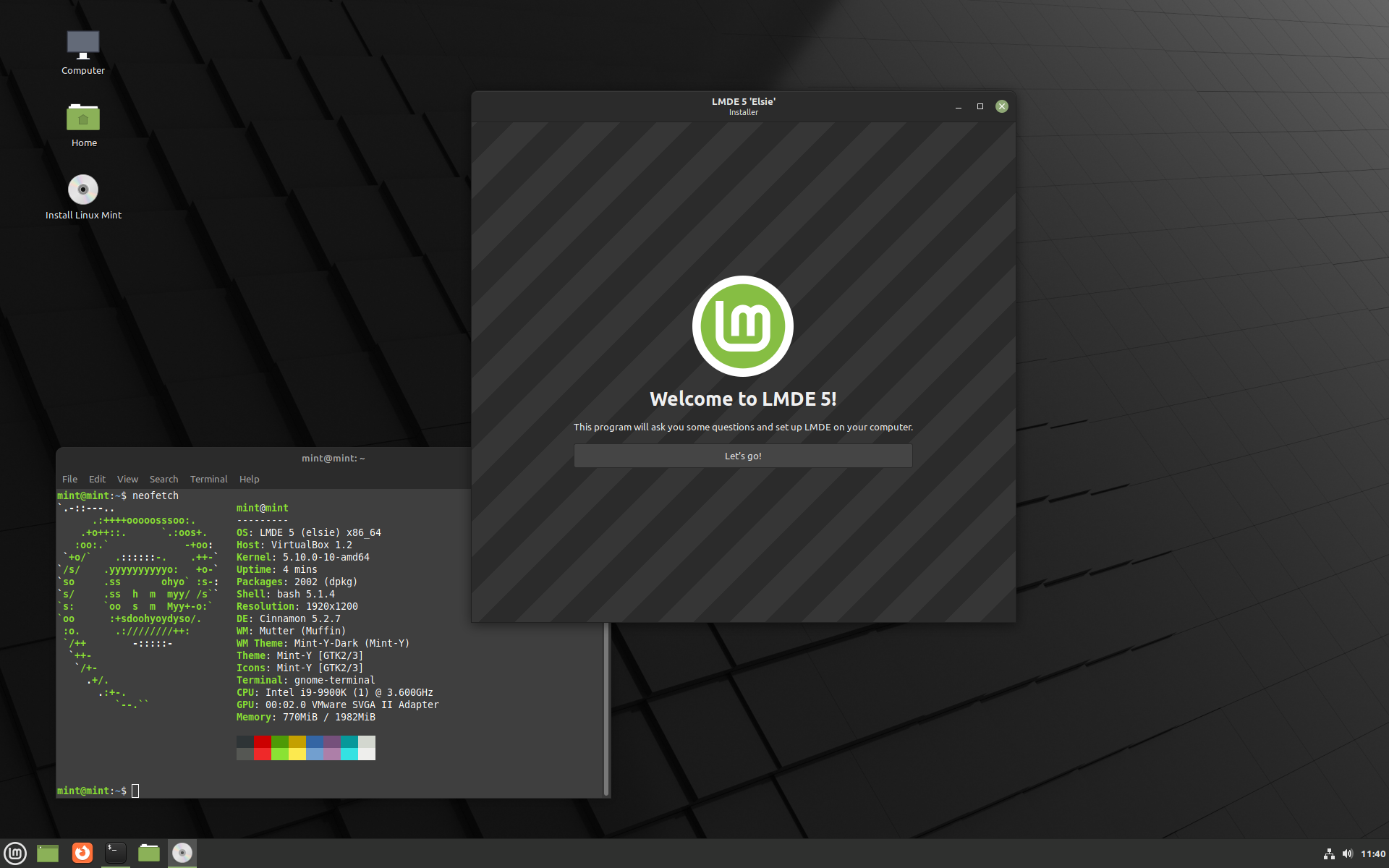 Work on LMDE 5 began in early January. LMDE 4 was already on par with the Mint, Xapp and Cinnamon stacks introduced in 20.2. LMDE 5 has been updated to Linux Mint 20.3.

Although in general LMDE is very similar to Linux Mint, there are differences too. Debian features newer software compared to Ubuntu 20.04 and Ubuntu in general. This is why LMDE provides users with more recent packages and gives Linux Mint developers the opportunity to test their software on the next generation of Linux. This gives an idea of some of the issues developers will face in Linux Mint 21. It helps them prepare for the next release.

On the presented BETA, all backports and packages are ready. The LMDE 5 ISO downloads and installs fine. There are no obvious critical issues.