How to disable “did you mean…” feature in Linux shell

In case the command you entered into the Linux console is not found, some distributions show additional information suggesting which packages the entered command might be in and how it can be installed.

An example of such a message: 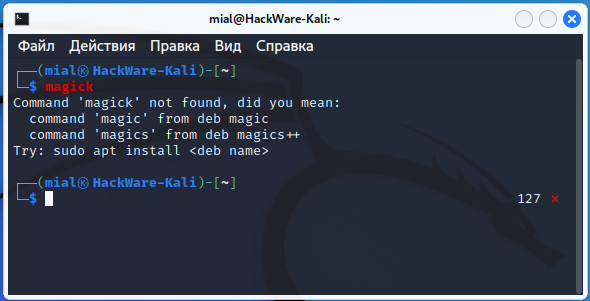 Distributions that use this are for example Kali Linux and Ubuntu.

If for some reason you do not like this behavior of the terminal, and you want the error output to be limited to the message “command not found”, then this article will tell you how to do it.

Since the “did you mean…” feature is provided by the “command-not-found” package, you can remove the package to disable it:

After that, restart your computer for the changes to take effect.

Solution for no errors appear after removing command-not-found

In order for the “command not found” messages to start showing again after removing command-not-found, restart your computer.

Disabling “did you mean…” feature without removing “command-not-found” package

This method can be used by a non-root user, that is, without the ability to remove packages.

See also: How to find out which shell is in use in Linux

And add the line there

Before adding the specified line to one of the shell files, check for lines that enable command-not-found. For example, in Kali Linux, the following lines are present:

Delete or comment out these lines in the .zshrc file to get:

As a result, the command-not-found feature will be disabled in all newly opened terminals.