you can see what frequencies your Wi-Fi card supports. 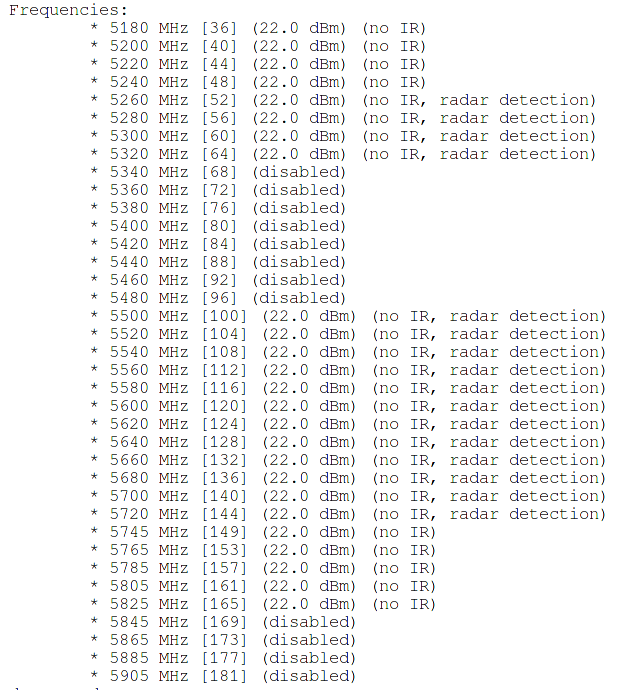 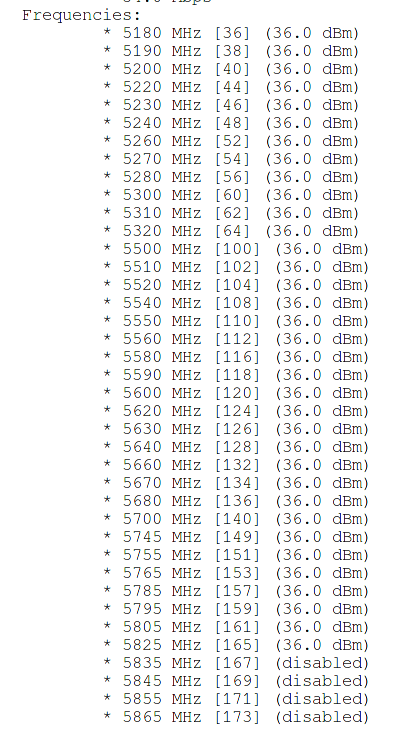 The set of channels is slightly different, but in any case, frequencies in the range of 64-100 channels are completely unavailable. That is, they are not even disabled, but no matter how they simply do not exist.

Perhaps you are also curious as to why there is a gap between channel 64 and 100 in Wi-Fi 5 GHz?

Various applications are listed in the 5.35-5.46 GHz band, including “Aeronautical radionavigation”. There will be channels 68 through 96. Obviously they don't want Wi-Fi enabled equipment to be turned on even by accident, which could interfere with the aircraft's navigation.

If the router switches WiFi channels, clients usually don't switch. Anything connected loses its connection. I think the controller can switch clients to the new channel before the old one goes down, but again I'm not sure.

This could be corporate equipment. Consumers cannot afford it.

The absence of a mention of the channel in the list of supported frequencies, as well as the following entry mean that your Wi-Fi device is not capable of working on this channel:

You can also see entries with “no IR”:

The no-ir (no-initiating-radiation) flag, that is, the channel can in principle be used, but cannot be the first to send any data, that is, it will be activated only if it receives beacons from the router to these frequencies.

You can also see entries with “no IR, radar detection”:

We have already figured out no IR, and “radar detection” apparently means that if a radar is detected at adjacent frequencies, then this frequency also ceases to be used - but this is rather a guess, if you know a more correct answer, then write it in the comments.

View more posts from this author
« How to split a large file (text or binary) into smaller files (SOLVED)
How to prevent NetworkManager from managing a specific interface? (SOLVED) »