How to display all environment variables at the Windows command prompt

This article will show you how to display all environment variables from the Windows command line.

Then PowerShell came along. In the beginning, it was an environment that could be specially launched. In recent years, PowerShell has become more common, in the “Power User Menu”, which is invoked by the Win+x keyboard shortcut, PowerShell has replaced CMD. Also, the new Terminal uses PowerShell by default.

The commands for displaying all environment variables depend on whether you are in PowerShell or CMD, so you need to differentiate between them.

That is, the command line prompt begins with “PS”.

In PowerShell, use one of the following commands: 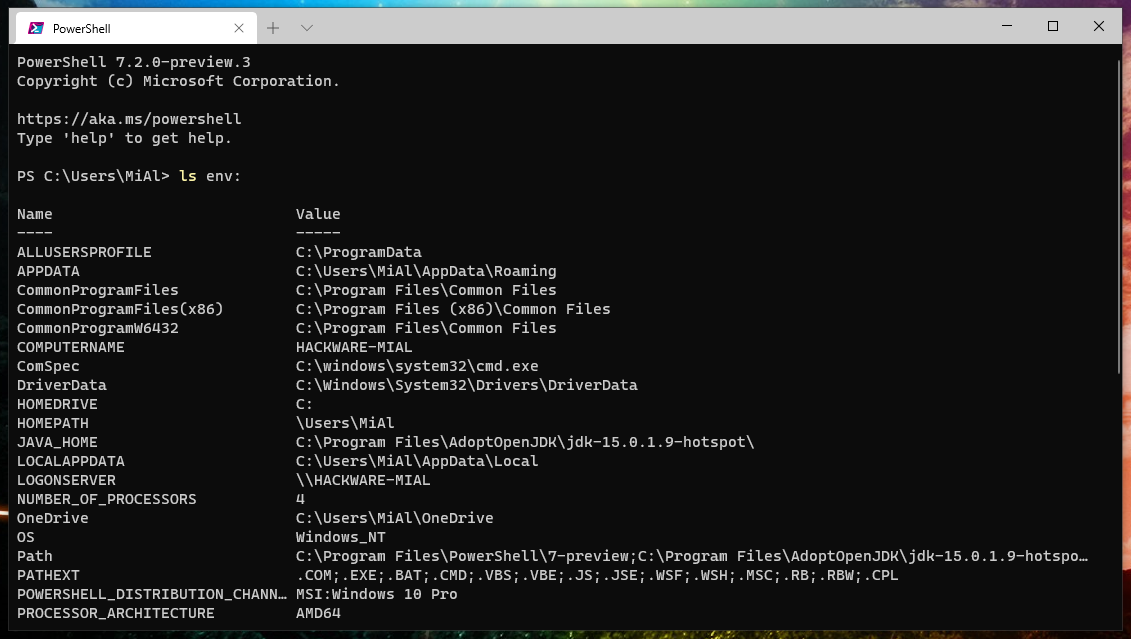 They are not only equivalent, in fact, they are just aliases for the same command. That is, there is no difference in their use.

How to display all environment variables in CMD

To display environment variables in CMD use the command:

To cut the output in one screen with the ability to scroll through the list, use the following construction:

To save the output to a file:

This text file, output.txt, can be opened in any editor such as Notepad.

To display the value of a specific variable, use the familiar set command with the variable name:

The set command prints the value of all variables that start with the line VARIABLE. For example, the previous command will print the values of the PATH and PATHEXT variables.

And the following command will print the values of all variables whose name begins with P:

Note that command names on Windows are not case sensitive.

View more posts from this author
« How to enable spell checker in Google Chrome. How to add languages for spell checker
How to install a web server (Apache, PHP, MySQL, phpMyAdmin) on Linux Mint, Ubuntu and Debian »