How to reboot a server in DigitalOcean

DigitalOcean offers various cloud technologies for developers, but of all the variety of services, I use only VPS (virtual private server).

At the same time, due to the large number of cloud solutions, it is not intuitively clear how to perform such a simple action in DigitalOcean as rebooting the VPS.

But if the server is frozen and SSH is not working, then you can force a reboot of the VPS from the DigitalOcean control panel.

How to restart a VPS in DigitalOcean

Go to the control panel and select Droplets from the menu, then select the server you want to restart. 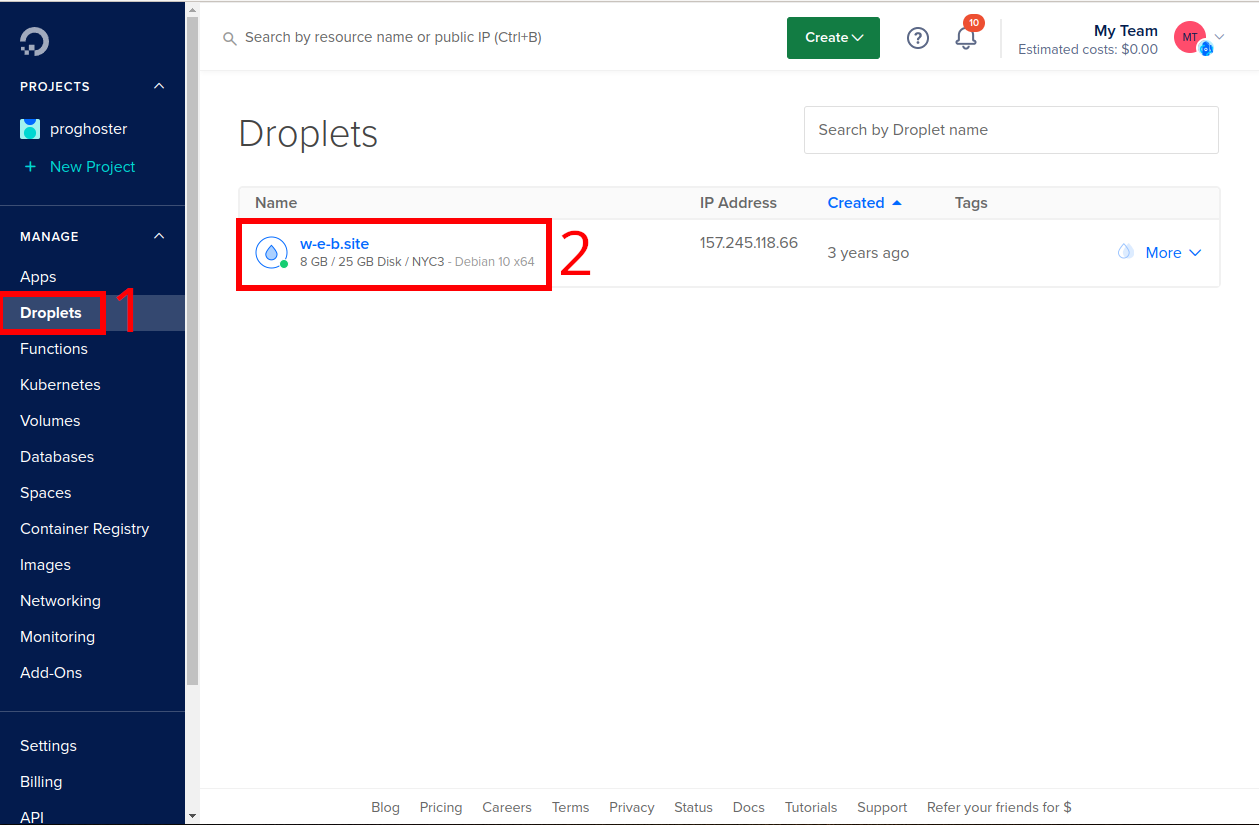 Then select the “Power” tab. 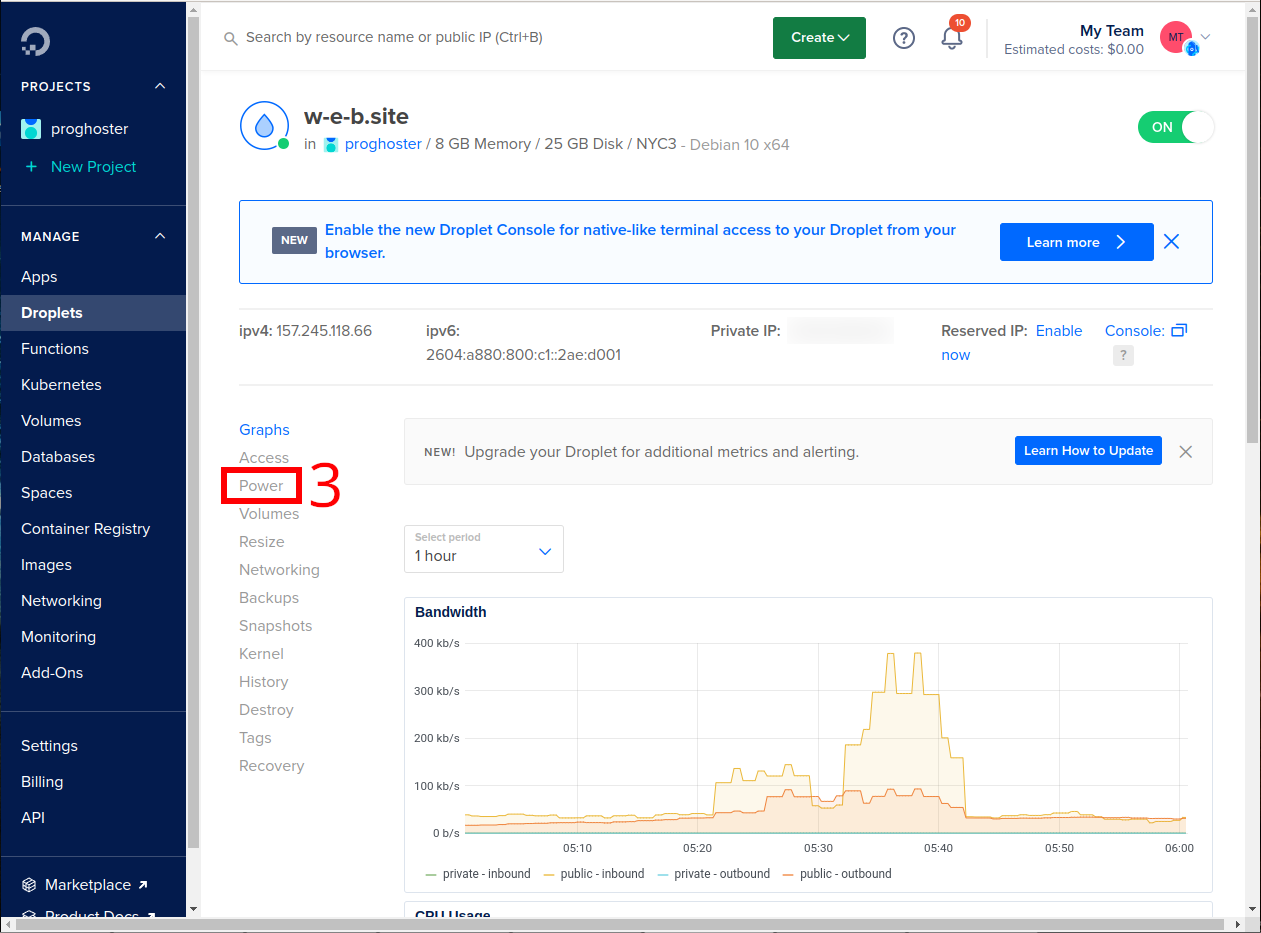 On it you will see two possible actions: 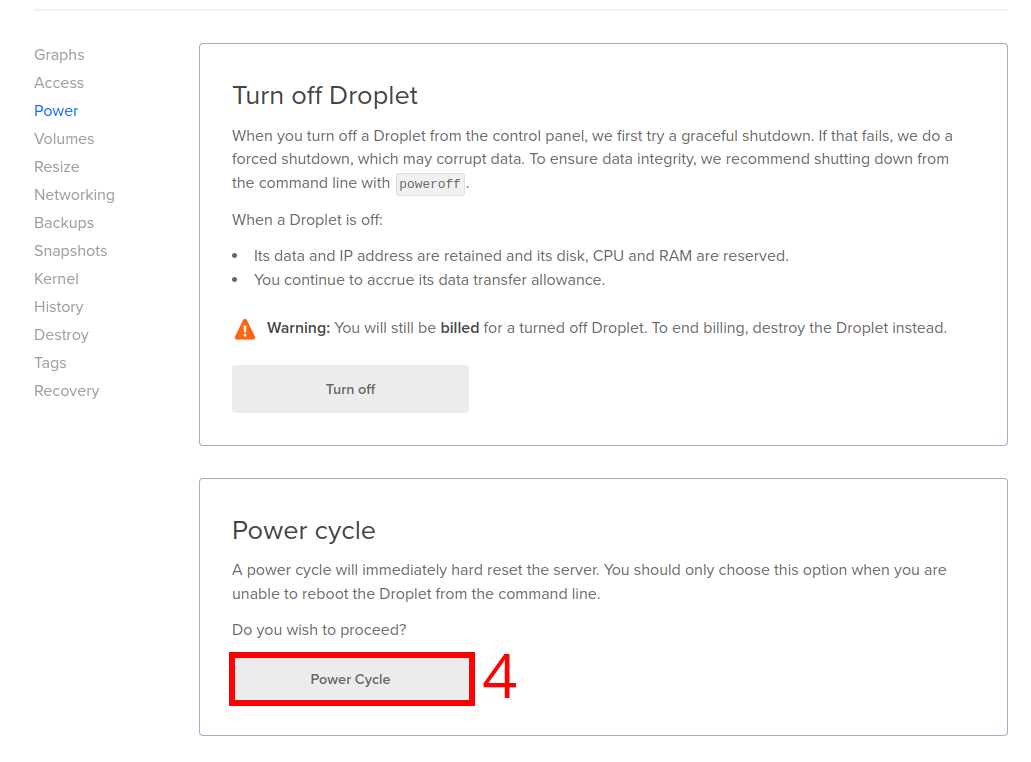 That is, to restart the VPS, you need to press the “Power Cycle” button.

After that, wait until the reboot is completed.

What is the difference between Turn off Droplet and Power cycle

Turn off Droplet roughly corresponds to a power outage from your virtual private server. That is, the server stops working. At the same time, the server itself is saved, its IP and IPv6 addresses and other characteristics are saved.

You can turn your server back on at any time.

The “Turn off Droplet” feature is necessary if you want to make it unavailable, shut down your server for any reason.

Please note that turning off the server using the “Turn off Droplet” does not cancel the payment for it! You will still be charged for the plan for VPS in accordance with the selected server parameters!

If you want the server to no longer be charged, then you need to destroy it (that is, go to the “Destroy” section and perform the appropriate actions to delete the server). After deleting the server, it will be impossible to restore it!

The “Power cycle” is to turn off the power from the server, and then turn it on again, that is, this corresponds to a VPS reboot.

That is, you can restart the server by turning off the power in the Turn off Droplet, and then turning it back on manually, or by performing a Power cycle. However, these actions are not quite equivalent:

If you want to get a DigitalOcean promo code for testing VPS (or other cloud features) for free, then use this link.

You will be given $200, which you can use to create a VPS, among other things.