How to determine the type and speed of a USB port

How to determine the version and speed of the USB port?

It would seem that to say which version and speed of the USB connector on a computer is a trivial task. As it was before? The black connector is USB2 and the blue connector is USB3. Right? This information has long been outdated, in modern motherboards and laptops, blue has been abandoned as a sign of a fast USB socket.

What USB versions are there

You may already know notation such as

All this became so complicated and incomprehensible that it was all considered obsolete and SuperSpeed USB with numbers was invented.

What does the labeling of USB ports mean

Surely there should be a hint about the version and speed of the USB ports next to the connectors.

Let's take a look at the following photo of the ports on my laptop:

First, all three of these ports are USB ports, even the small one! The small one is USB-C / USB Type C.

Second, what do these letters “SS” and the number mean?

Okay, we've figured out two out of three ports, what about the third port? It is clear that this is some version of SuperSpeed, but which one?

To check the USB version run the following command: 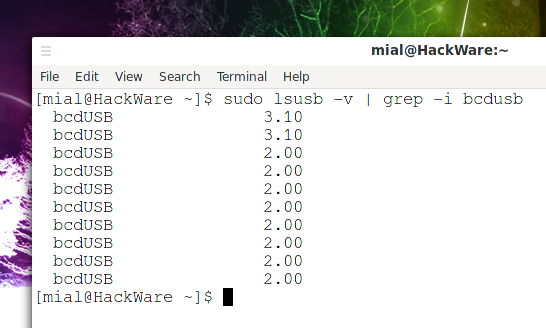 To figure out which devices use USB 3.* and what their speed is, you need to delve into the properties of the system hardware.

Let's start with the command

As you can see in the screenshot, this computer has root hubs 3.0 and 2.0:

USB host controllers are PCI devices, so you can see them with lspci:

The following command will also show the available xhci controllers or hubs. The operating speed is shown at the end of each line. USB3 speed starts from 5000M.

Let's compare the output of the two commands:

To determine which USB port the flash drive is connected to and its speed, connect the device you are interested in and run 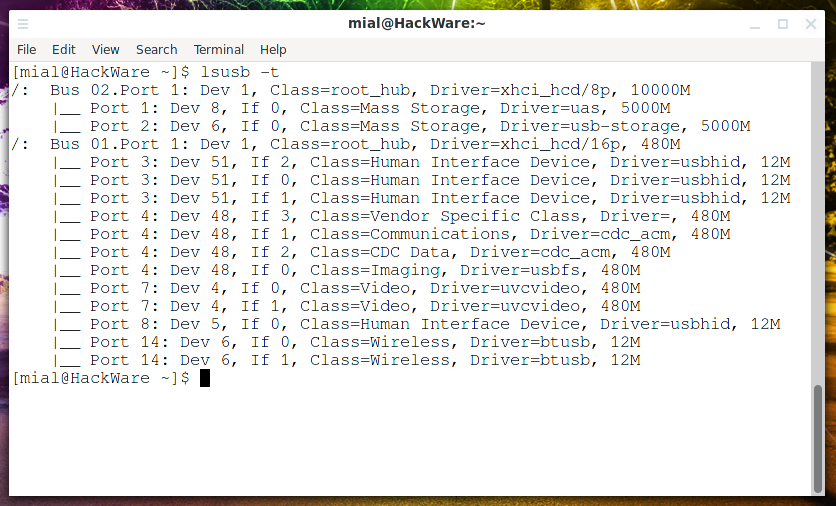 Find the phrase “Mass Storage” – these are disks and flash drives. The parent of this node corresponds to the USB port where you connected your flash drive. The last figure is speed.

How USB Versions and Speed Compare

In the screenshot above, we could see the speed of 10000M, but which version of USB is it exactly?

Look at the following data:

In fact, the names like USB 3.* are considered obsolete since only the connection speed really matters. Currently, the following designations are considered “relevant”:

lsusb.py script to display USB devices in an understandable way

The lsusb.py script conveniently displays information about USB hubs and devices connected to them.

To display information, just run on the command line:

In addition to the manufacturer and device identifiers, each line in square brackets contains information about version, speed, and maximum power consumption, for example

Device names are shown in parentheses.

UsbView – viewing a tree of USB devices in a graphical interface

You can find out the speed of USB connectors and devices with a program such as UsbView, which provides very detailed technical information.

USBView is a small GTK application that shows what a USB bus device tree looks like. It shows a graphical representation of the devices that are currently connected, showing the topology of the USB bus. It also displays information about each individual device on the bus.

Installing UsbView on Arch Linux, Manjaro, BlackArch and their derivatives:

During installation, the program will inform you that for it to work, you need to run the command

or add the line to the /etc/fstab file

Instead, you can get by by running the program with superuser rights:

The screenshot shows that the computer has 2 xHCI host controllers, one of them is version 3.10: 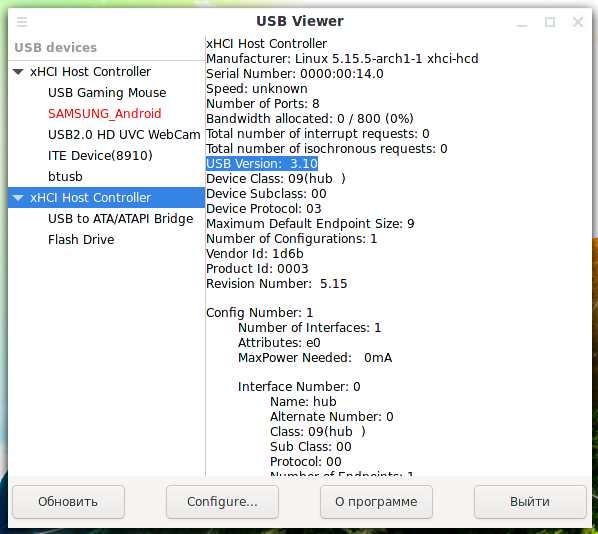 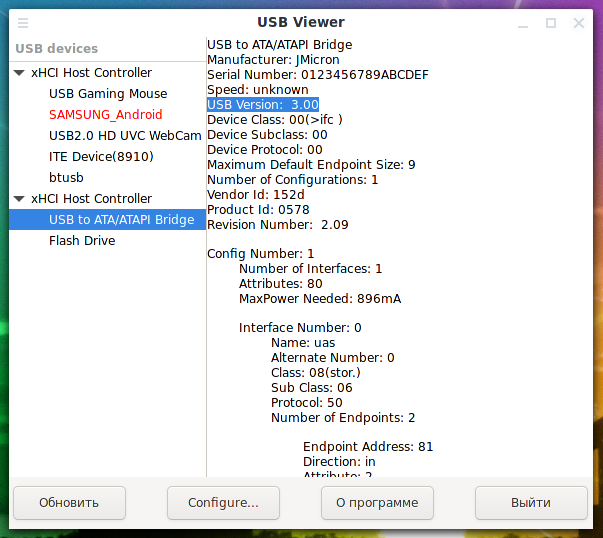 And the other device is version 3.10: 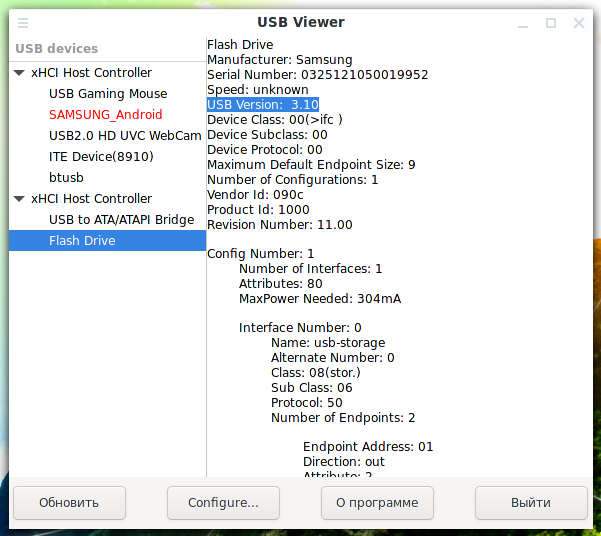