What is the interest on a bank deposit in Thailand

Thailand is a large country in Southeast Asia with excellent economic performance.

It is quite popular among foreign tourists both for recreation and for long-term residence, so there is an interest in bank deposits in Thailand.

I myself live in Thailand (5 years) and I am also interested in bank deposits in Thailand.

The main problem of some national currencies is that they depreciate against the dollar faster than interest is charged on a bank deposit. Let's see how much the Thai baht has depreciated over the past 15 years: 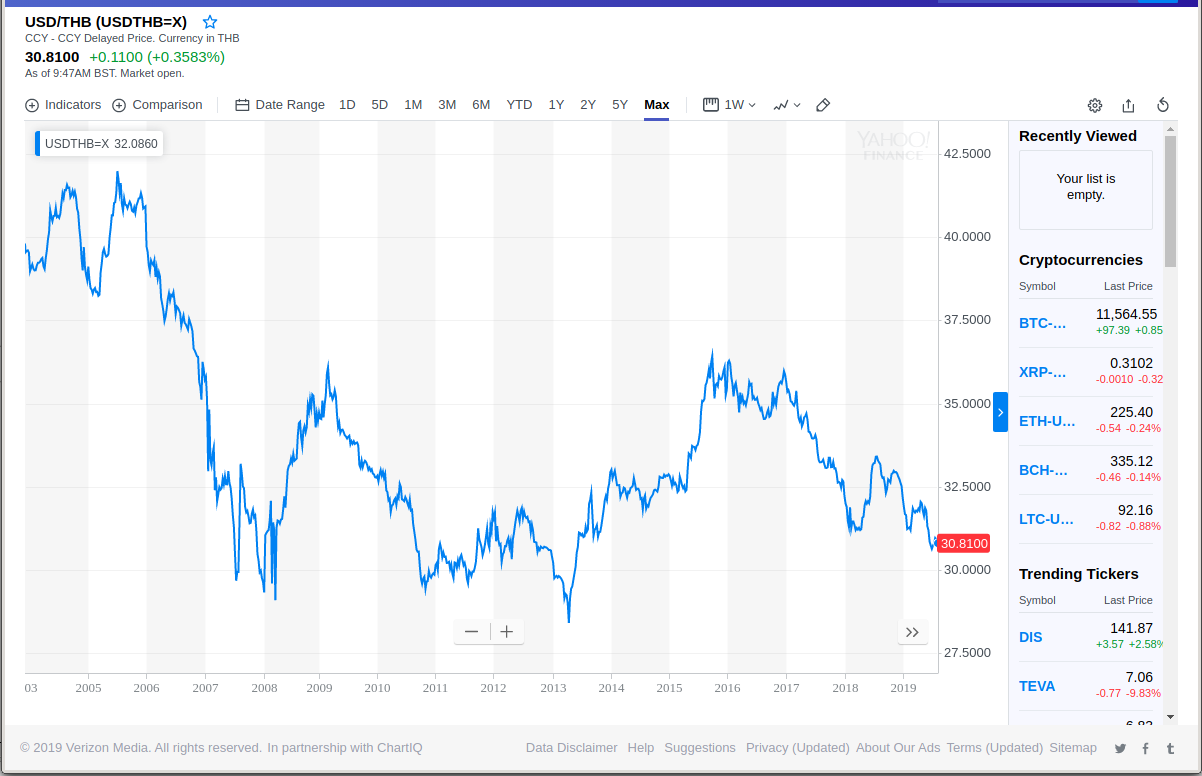 And the results are quite unexpected – the Thai baht not only does not depreciate against the dollar, it is strengthening!

From a historical perspective, since the 80s, the graph looks like this: 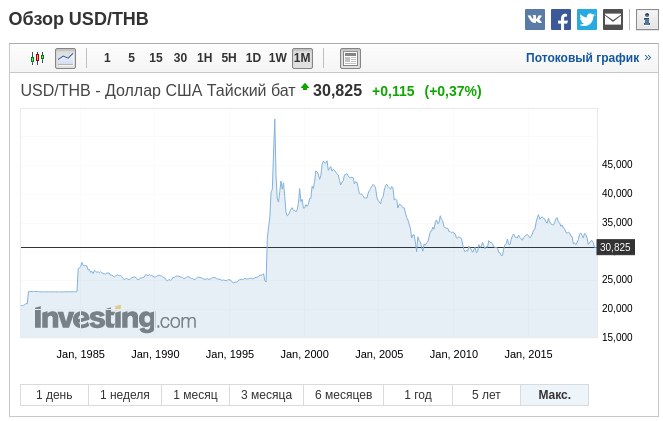 Inflation, although not as insane as in some counties like the Russian Federation, but also exists – it feels like about a percent and a half a year (if you remember prices as it was five years ago and as now, in shorter periods it is difficult to notice such low inflation).

Interest on a deposit in a bank in Thailand depends on the amount of the deposit, as well as the term for which the deposit is made – just like in other countries’ banks.

Banks publish a document on current interest rates every month. For instance:

Interest is also charged on funds on bank cards, but very small: 0.1-0.5% per annum.

How to open an account in Thailand. How to transfer money to Thailand profitably

After 5 years of living in Thailand, I finally found the most profitable way to send money directly to a Thai bank account, see the article “How to send money to Thailand without a Thai bank commission 300 baht” for details.

View more posts from this author
« Do I need to pay tax on income from bank deposit in Thailand. What is the tax on income from the deposit
How to simulate package installation on Linux (How to create and install a dummy package) »