Firmware files for drivers in Linux

What is Linux Firmware for?

Firmware can be confusing because not all users remember them, and firmware are not always pre-installed on Linux distributions. At the same time, firmware is just as important for the normal operation of devices as are drivers (kernel modules), which usually already exist in the system, since they are part of the Linux kernel.

Due to the lack of firmware, the device may not work completely or partially.

There are cases when the firmware of devices of the same type and the same manufacturer is divided into different packages, for example, the firmware-ath9k-htc and firmware-atheros packages contain firmware for Atheros wireless adapters.

Examples of problems that missing firmware can cause:

The first two packages contain firmware that was previously included in the Linux kernel. The first package contains firmware that complies with the Debian Free Software Guidelines, the second contains the rest that do not comply with the Free Software Guidelines. Most of the firmware got into the non-free package. And the third package contains… more firmware.

In addition to these packages, there are packages containing firmware for certain devices from certain manufacturers, for example, firmware-realtek, firmware-atheros, firmware-iwlwifi. 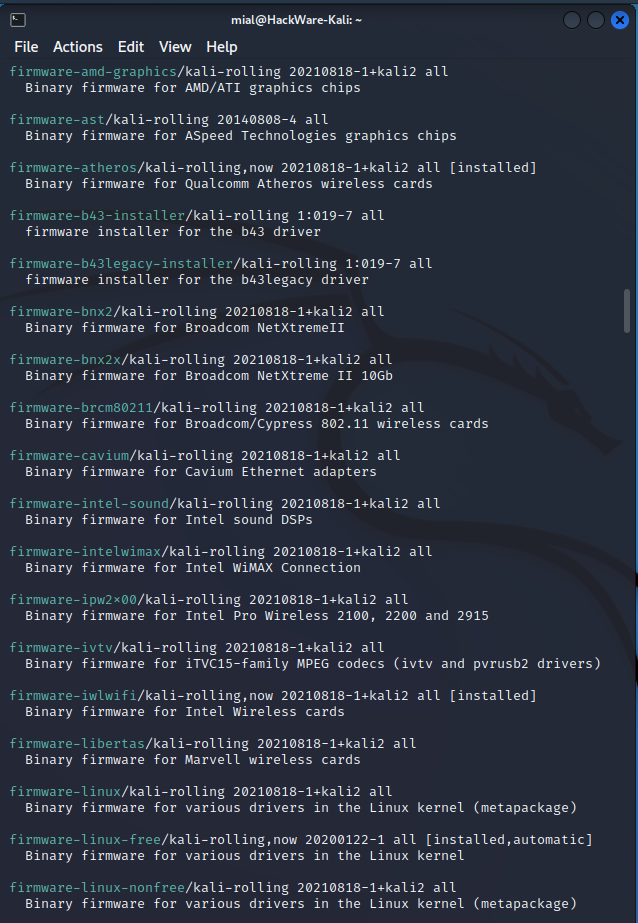 In order not to experience problems with Wi-Fi and other devices in the future, it is recommended to install the kali-linux-firmware package, which will install most of the necessary firmware.

In Kali Linux, it is convenient to search for firmware packages with a command like

In addition to those discussed, there are firmware for devices from individual manufacturers, for example, firmware-iwlwifi, firmware-ath9k-htc, firmware-atheros, firmware-amd-graphics and others.

In these distributions, the firmware is not divided into free and nonfree and is placed in one package called linux-firmware.

In addition to this package, there are also firmware for certain manufacturers, such as firmware-ath9k-htc, nouveau-firmware and others. 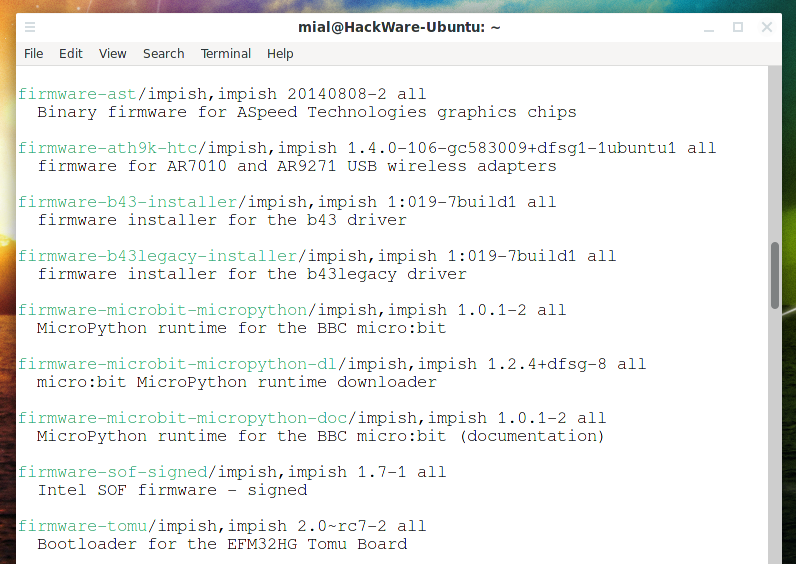 In general, in Ubuntu and Linux Mint, most of the firmware is collected in a single linux-firmware package, it is convenient!

But the search for firmware packages with a command like

practically useless if you are trying to search by device model, chipset or firmware file. If you searched and did not find a separate package for your device, then most likely the firmware you need is contained in the linux-firmware package. 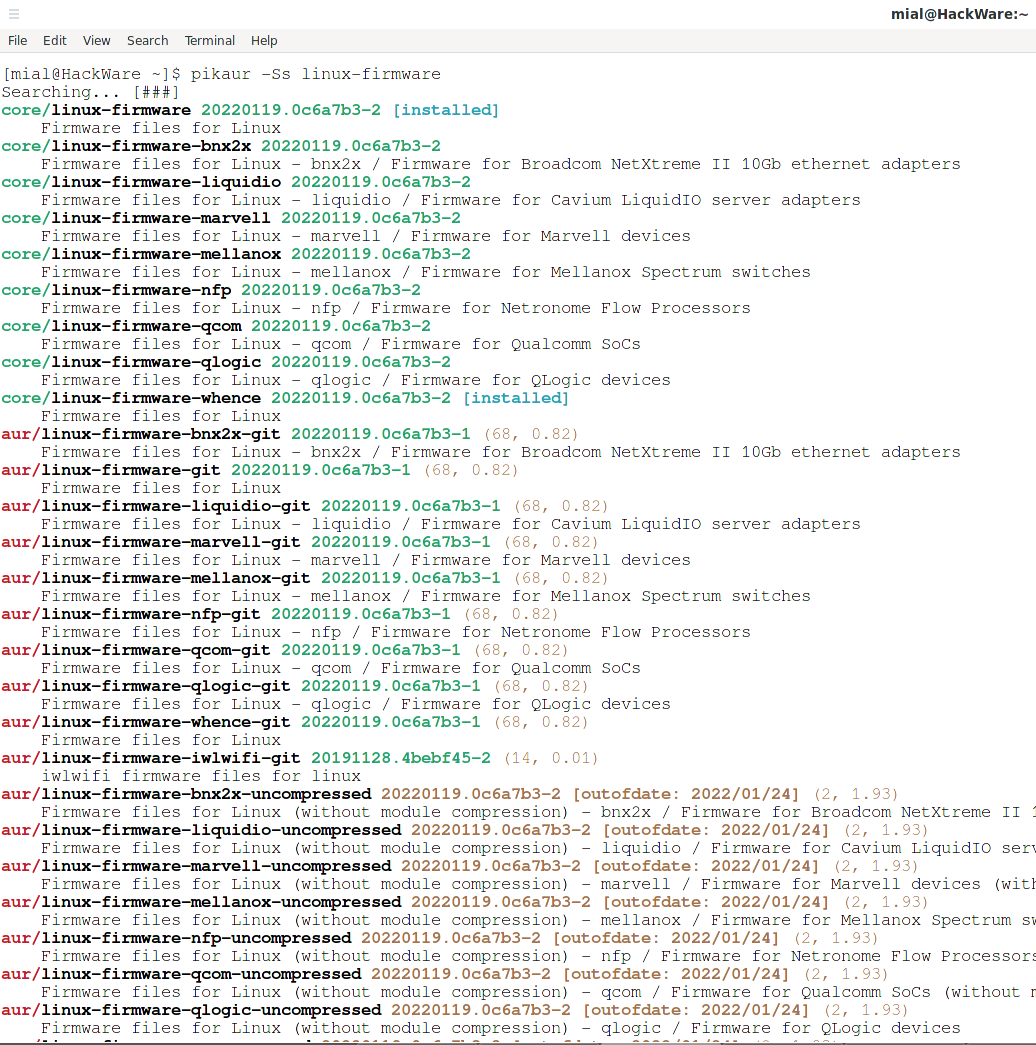 In order to avoid possible problems due to missing firmware in the future, it is recommended to install them, since they take up relatively little disk space. Previously, many firmware were part of the kernel (which is understandable, given their importance), but were removed from the kernel, apparently to save space.

Installation of the main firmware packages is performed by the following commands.