You can find out how many hours any hard drive or solid state drive has run. You can also view information about the number of times the disc has been turned on. Some discs store information about the total amount of data read and written, as well as unexpected shutdowns (for example, due to a computer freeze or power outage). All this data is stored in S.M.A.R.T.

Since the disk in a computer is the only non-volatile storage location, it can preserve its entire history and history of using the computer.

First, we need to find out the names of the drives in the system. Run the command to get a list of drives. 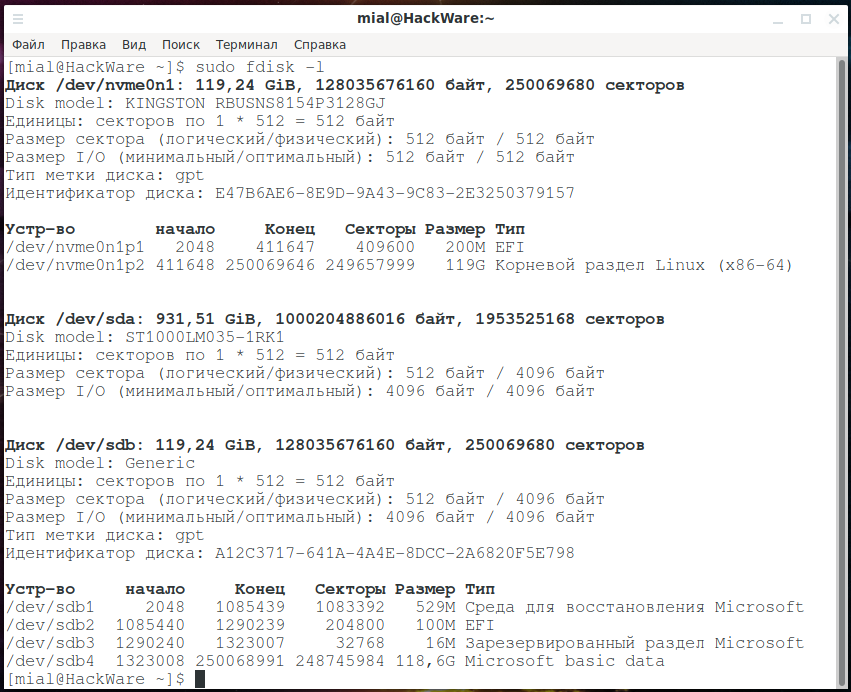 On my system, there are three disks named:

Let's see the information about the running time of each of them.

To do this, we will use a command of the form:

For example, to view information about /dev/nvme0n1: 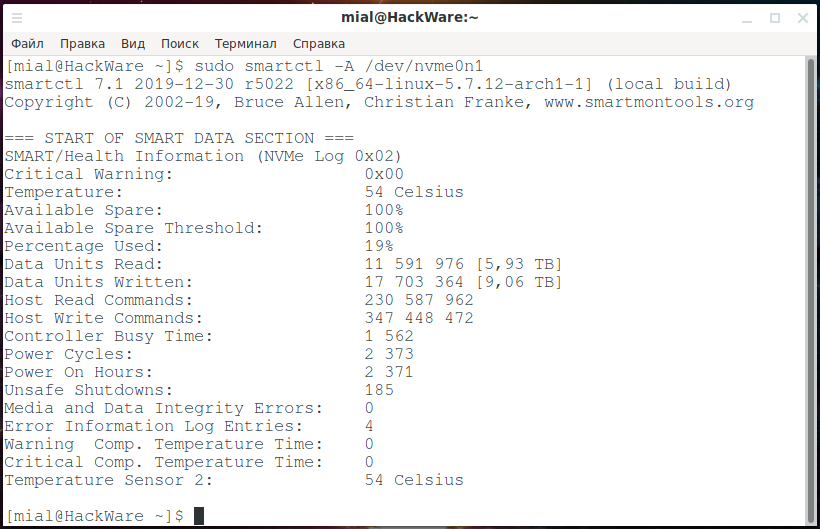 The information displayed may differ depending on the type of disc and its model. For example, let's see the information about the drive named /dev/sda: 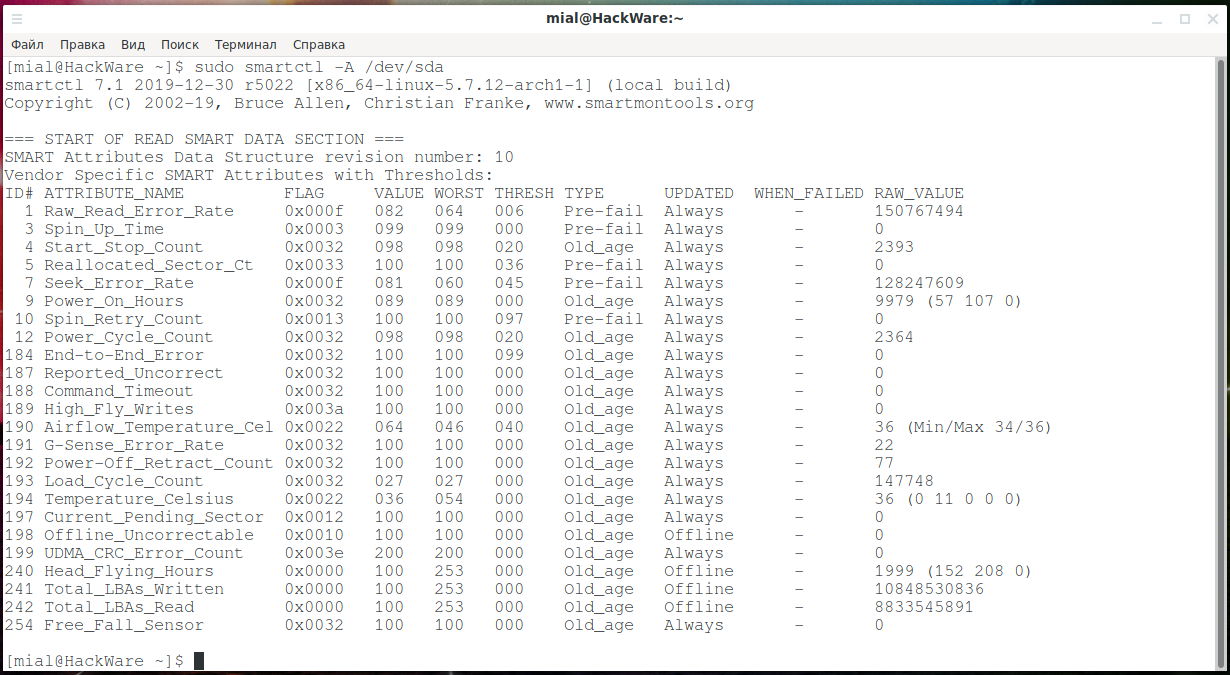 As you can see, the data is presented differently and the dataset is also different.

Finally, let's look at the information from the /dev/sdb drive:

Here we see the already familiar fields Power_On_Hours and Power_Cycle_Count, but the dataset has changed.

So, the smartctl utility is designed to display information about the health and operating time of hard drives and solid state drives.

The dataset and its presentation varies from disc to disc. For example, the first drive is an NVMe drive; the second disk is an HDD disk, so there is more data on the statistics of mechanical parts; and the third drive is an SSD SATA drive.

If you want to get the most complete information, including all SMART information on the disk, then use the -a, --all option: 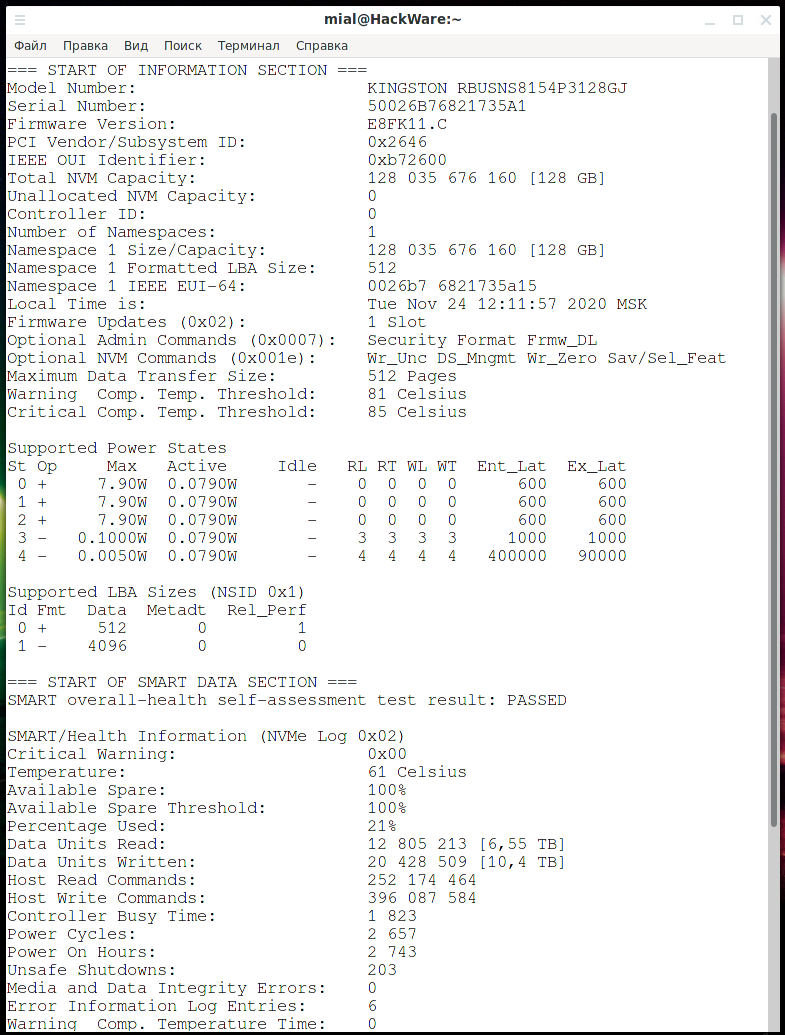 If you want to know even more about solid state drive or hard drive, see the article “How to know when the ext4/ext3/ext2 filesystem was created and when it was last mounted”.