If you look at the process of changing the language in Google Chrome or Chromium in Windows, then everything is quite simple there: you need to enter chrome://settings/languages in the address bar of the browser, or you can use the menu: Settings → Advanced → Languages. Then expand the “Language” item, select the desired language and click on the three vertical dots opposite it. Then just click “Display Google Chrome in this language”: 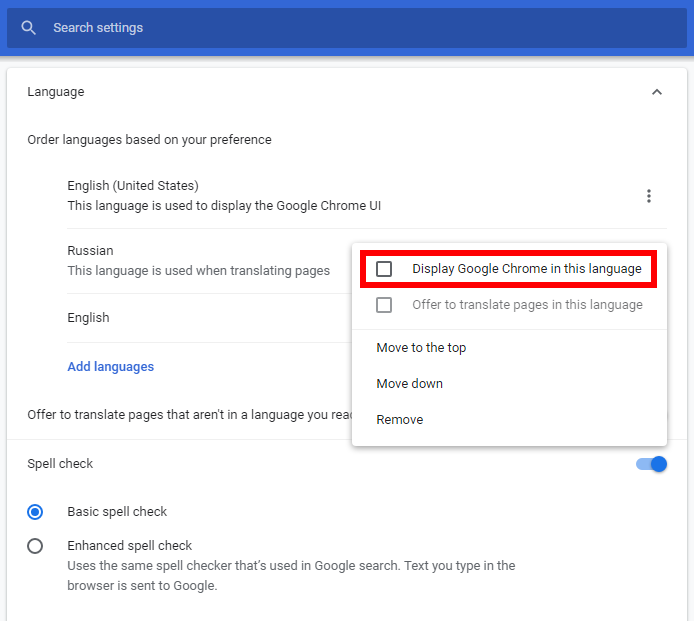 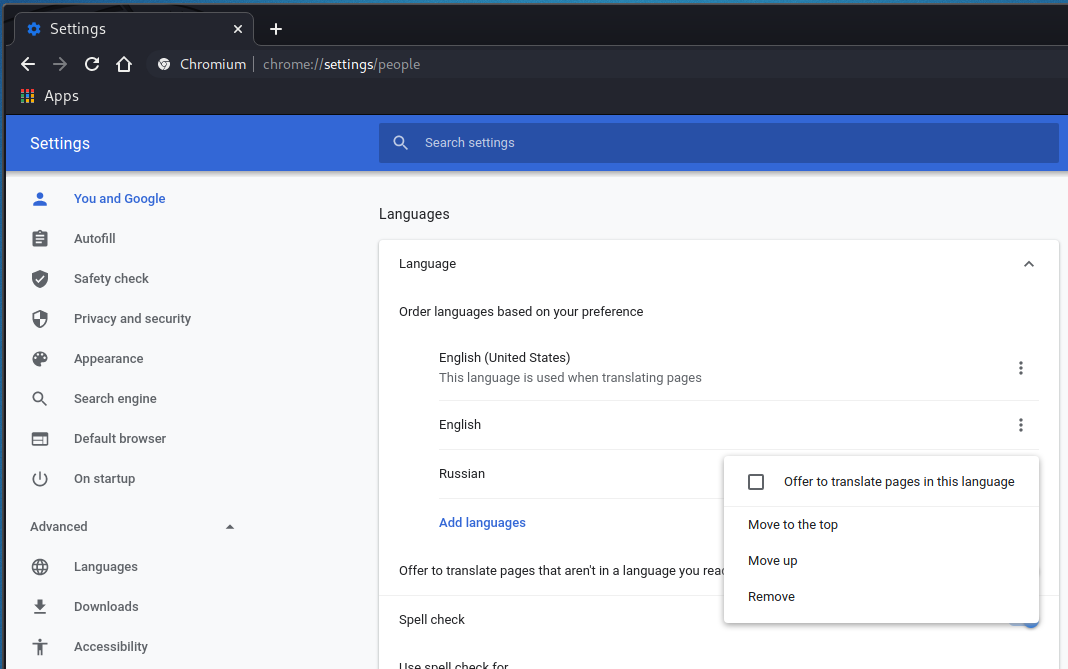 The inscription “Display Google Chrome in this language” not showing

Since Google Chrome and Chromium on Linux lacks the “Display Google Chrome in this language” menu, the question arises – how to change the browser language in Linux?

Apparently, it is impossible to change the language in the graphical interface – but it can be done on the command line.

To change the language, you need to assign the appropriate value to the environment variable LC_MESSAGES. For example, changing the language to English:

Changing the language to Russian:

After that, launch the Chromium browser:

In order not to remember and not to enter commands on the command line every time, you can create a file chromium-en.sh and copy into it:

If you want Chrome to start this way, replace chromium with google-chrome-stable.

Make this file executable. After that, you will be able to launch the web browser in the language you need with a double click.

For Chrome, there is an additional ability to change the language without changing the value of the LC_MESSAGES variable – you can use the --lang option, after which specify the two-letter code of the desired language:

Please note that if the web browser is already open, then regardless of the specified option, a new window will be opened within the current session, that is, with the same interface language with which the first window was opened.

Is it possible to change the language of Google Chrome and Chromium on Linux in the GUI?

All attempts to find an option to change the language in the Web Browser Settings or in the experimental settings available in the chrome://flags/ tab were unsuccessful. Apparently, it is impossible to change the browser language in the graphical interface. If you know this method, then write it in the comments!

View more posts from this author
« How to clear DNS and other caches in Google Chrome
Permanent message “Briefly unavailable for scheduled maintenance. Check back in a minute.” (SOLVED) »