Perhaps someone is wondering what the European-Thai half-caste looks like.

Luuk^-krue:ng^ (luuk^ – child, krue:ng^ – half) literally translates as “half-caste”. In some languages there are negative connotations in this word, but in Thai it is just a word, without an emotional connotation. In the video below, you can hear a mother calling her baby luuk-krue:ng.

The first two videos are especially noteworthy in that they capture the very, very first steps. Up to this point, the child was able to crawl, was able to stand up, was able to walk with the help of a walker, was able to climb stairs /beds/chairs, but could not walk.

I started filming because he got to his feet and, looking at his feet, tried to move one leg – the video shows what happened immediately after that, that is, the very first steps. In the video, the child is 11 months old.

Inquisitive child on a walk

Four videos from one walk.

If you are interested in skin tone, then in this video a Thai woman approaches the child – you can compare.

Child in a shopping cart

The photo was taken on the eve of the video with the first steps – that is, he still cannot walk, but already wants to help his father work. 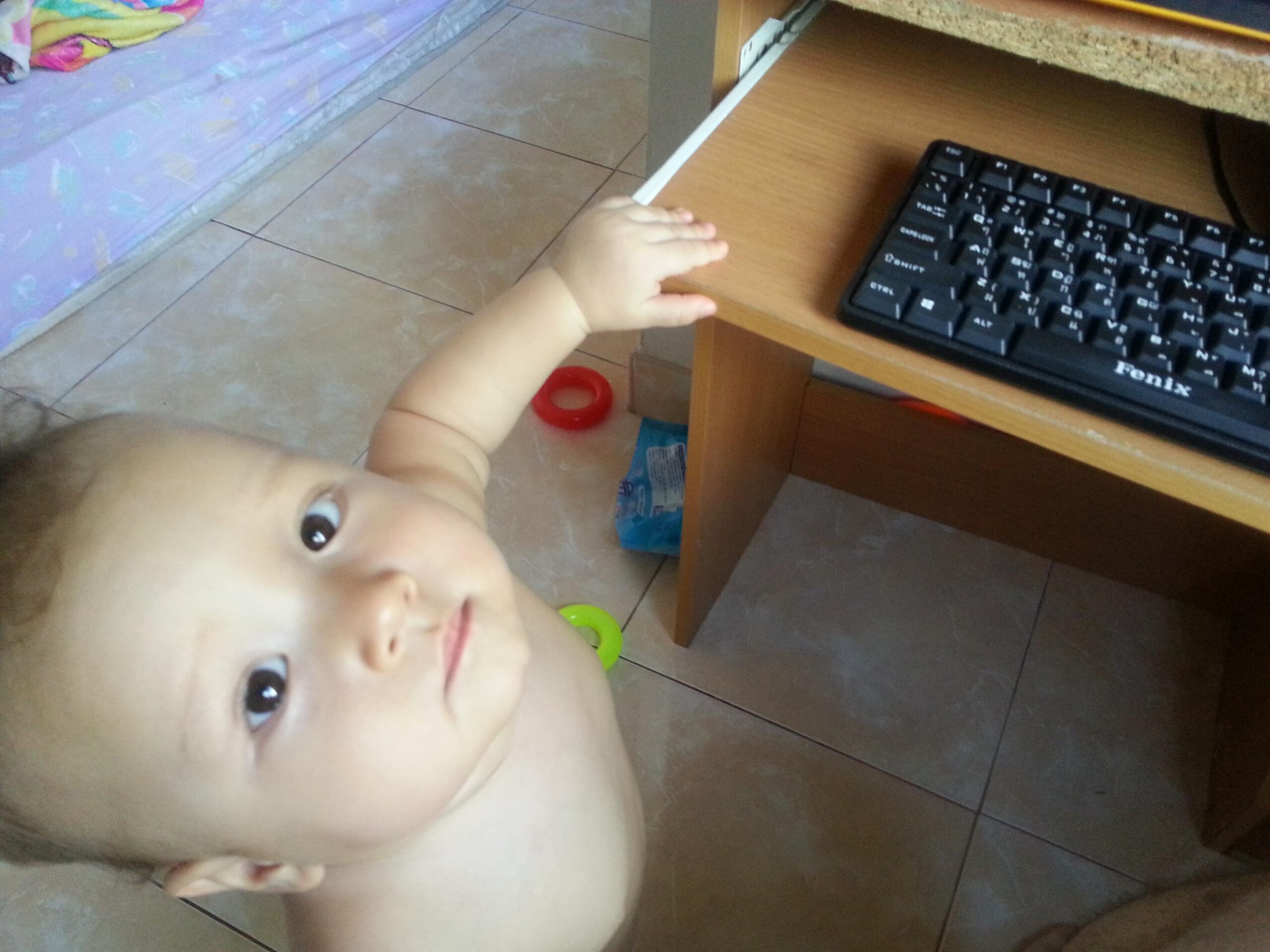 On this one he is 6 months old. 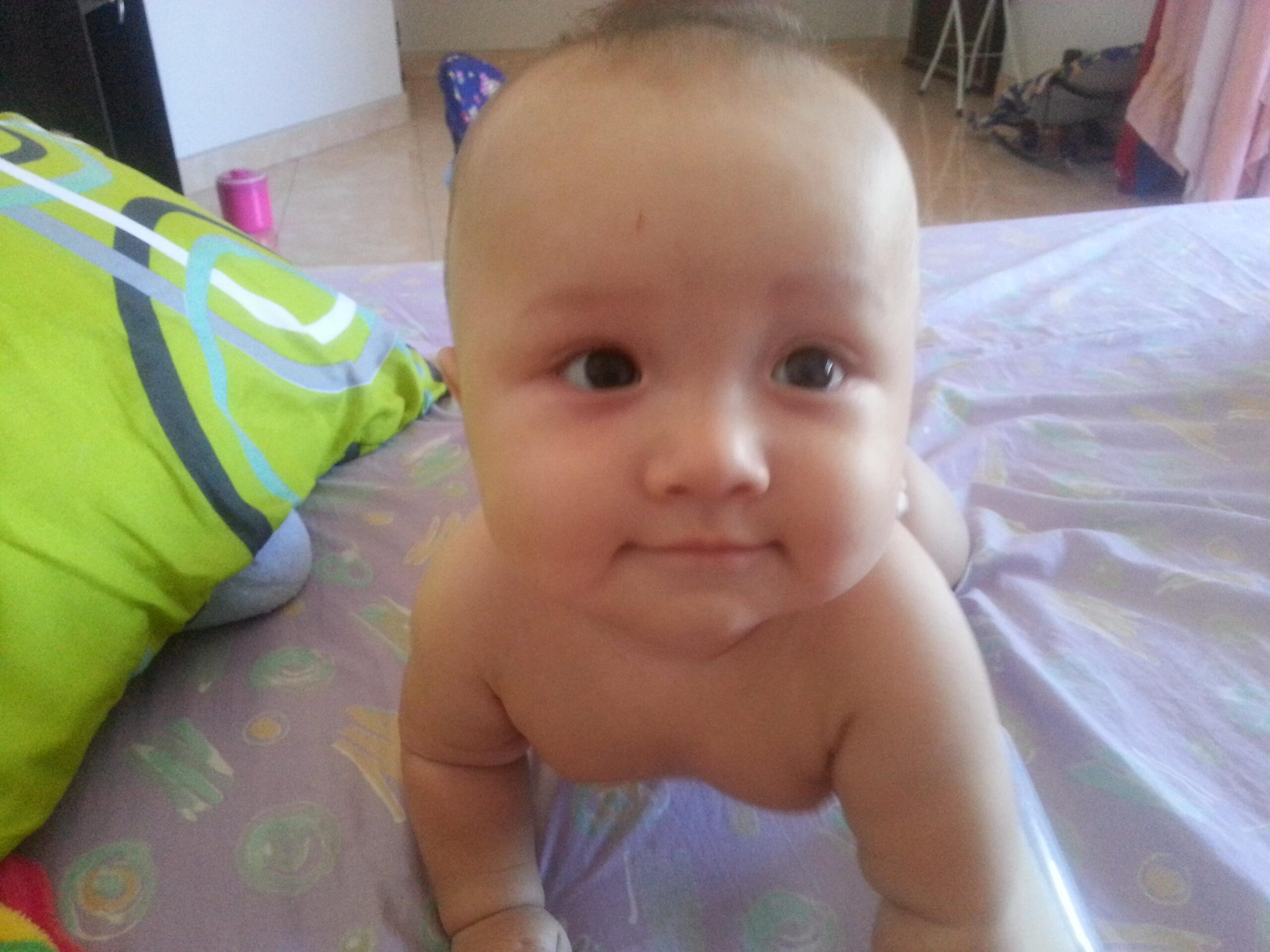 The cover photo is also a photo on the eve of the first steps.